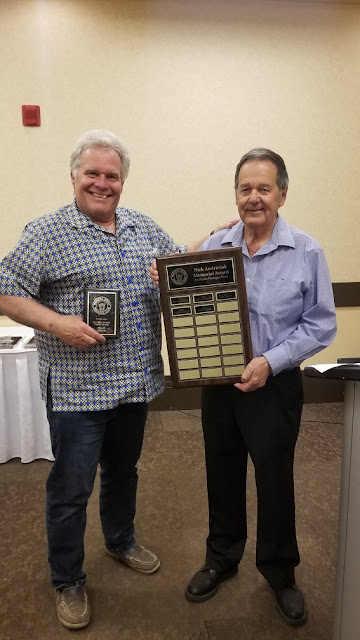 WMRC Secretary Marvin Fetch sure was kept busy handing out awards at the club’s AGM and banquet! Felix Lesiuk is seen winning the Nick Andrusiak Memorial award for best digital prototype photo. Luca Matyas won the Peter Abel Memorial award for photo special event. Barrie Creran won for structures for his model of a UGG grain elevator. He also won for best in show. Neil Carleton won The Lantern award and he also won first prize in the non-revenue category for his model of a crane. Congratulations to all of them! 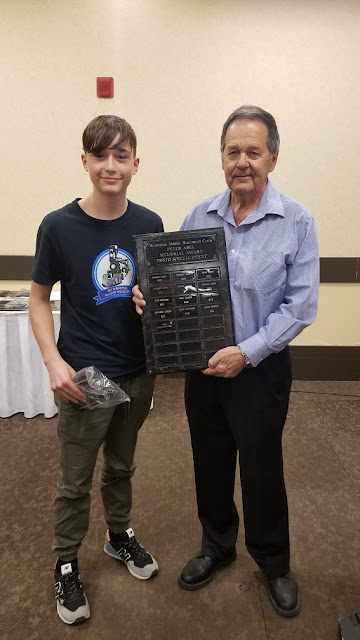 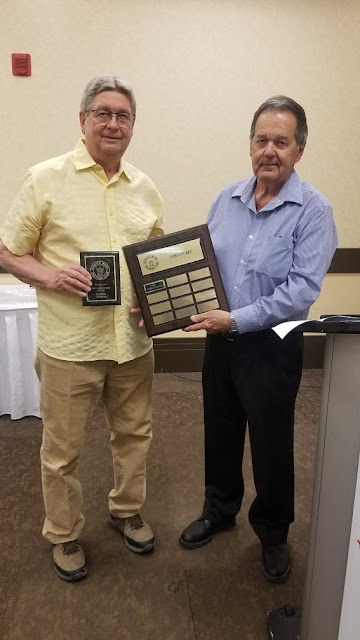 Barrie Creran received awards for structures and best in show. Neil Carleton received The Lantern award and the award in the non-revenue model category.