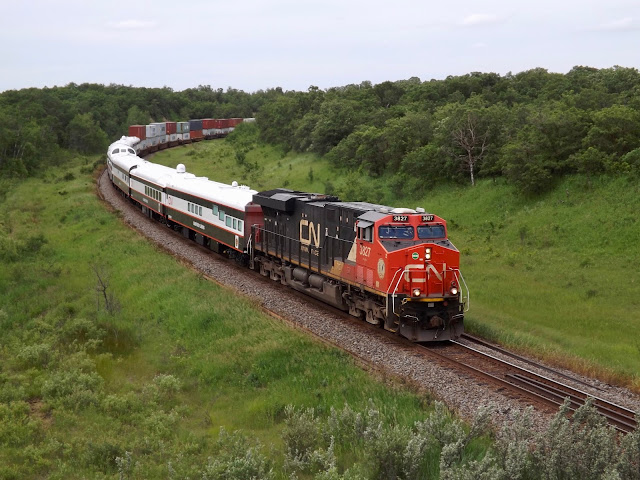 They first witnessed this eastbound train barreling through Grant's Cut, just outside of Rivers. Then they spotted it just outside of Justice, Manitoba. It showed up for a third time by the Hart grain elevator, then for the last time at Portage La Prairie.

All of these photos were taken on bridges, but Gary was on ground level at Portage when he saw them pass by. He reported that all of the passenger cars were empty, so it was assumed that they were being taken to CN headquarters in Montreal. 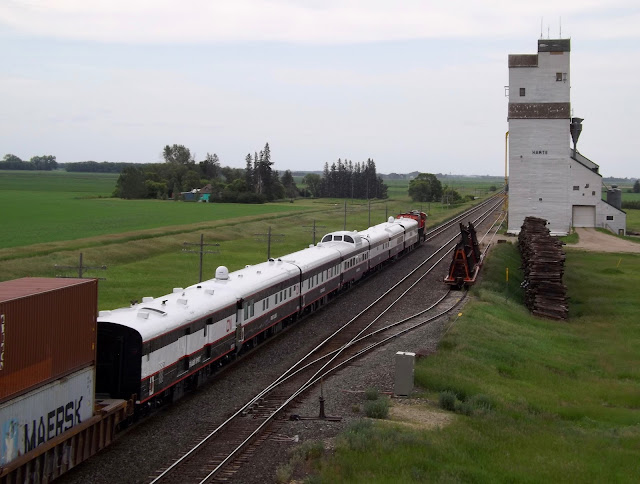 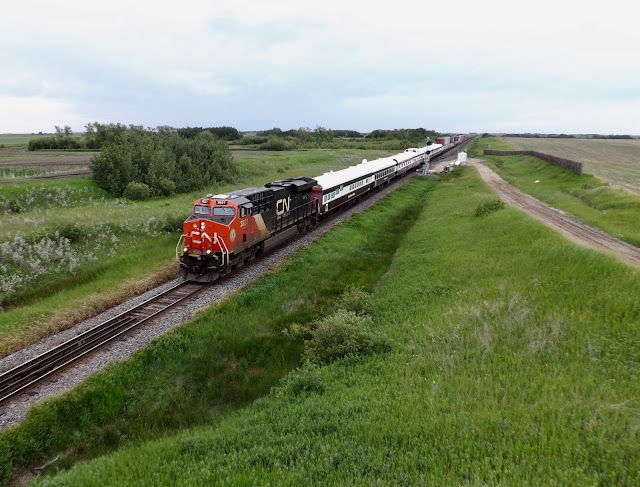 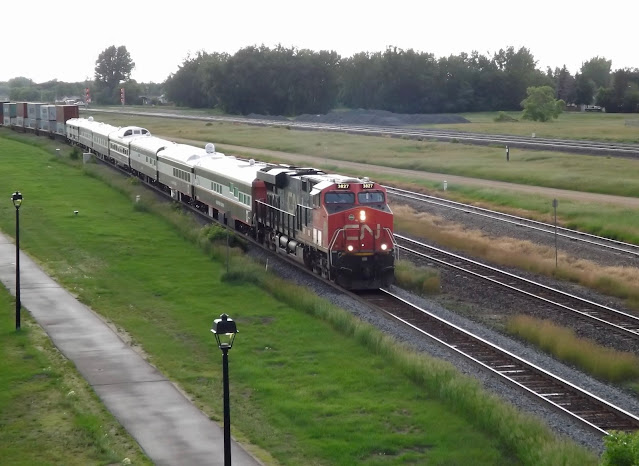