The CP Canada 150 train arrives in Winnipeg this Friday 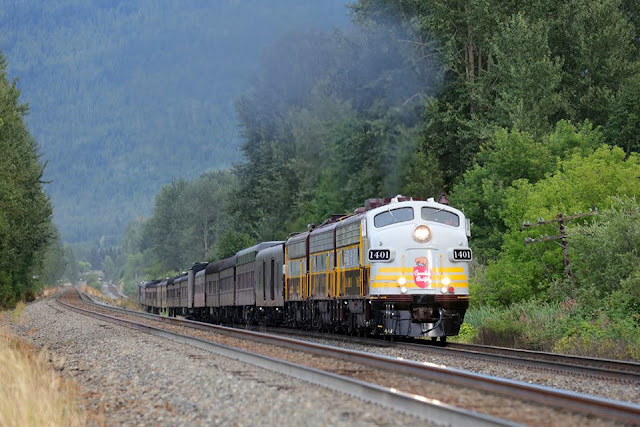 Mark your calendars! The CP 150 train will be in Winnipeg this Friday, August 4. The train will make a stop at the Southdale Community Centre at 254 Lakewood Boulevard from 5:00PM to 8:00PM.

CP’s 1401 F-unit, built in 1958, will lead the train, hauling more than 10 restored heritage cars. Children will have the opportunity to take part in decorating a special car named the Spirit of Tomorrow. They can write their hopes for the Canada of tomorrow on a commemorative card. Each card will be attached to the car. The final Spirit of Tomorrow car will be included in CP’s 2017 Holiday Train program.

While you’re there, don’t miss your chance to ride on CP’s miniature train! It’s a 1/4 scale model of one of CP’s AC4400 locomotives.
Posted by Paul Ullrich, WMRC Blog Editor at 7:13 AM