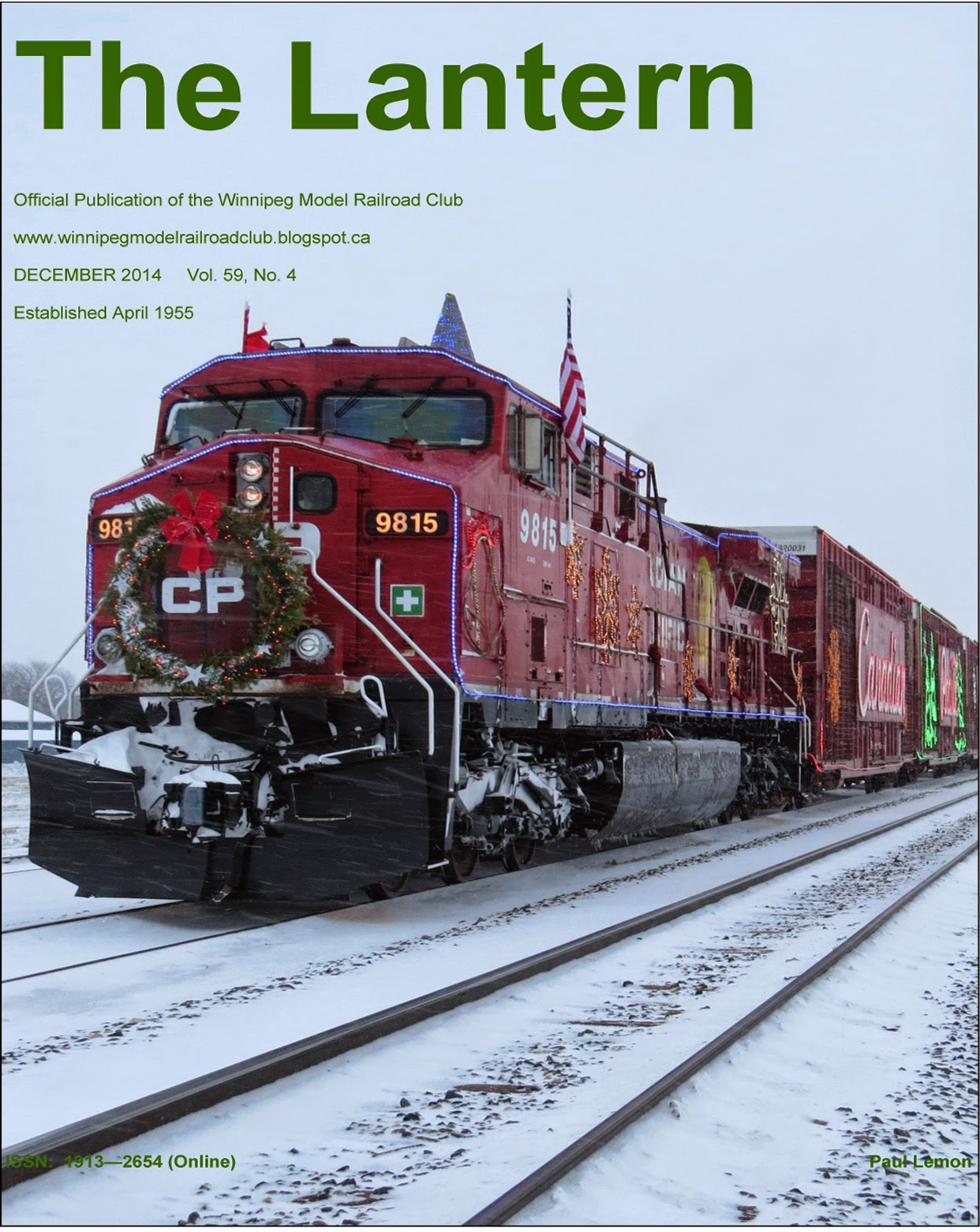 Robert Weaver, the stalwart editor of The Lantern (the official publication of the WMRC) , would like to remind all members that the deadline for January's photo contest is fast approaching! The deadline is on Monday, December 29 at midnight. Up to $30 is available in prize money, and you'll get you photo on the cover of The Lantern if you win!

December's theme was "The Spirit of Christmas". This month's theme is "snow" (but we'd like to see a train somewhere in there as well). It doesn't have to be a prototype photo - we accept images of model railroads too, as long as they've got some snow on or around them somewhere.  Be sure to submit your image in a vertical format!

December's winner was the dashing and intrepid Paul Lemon, who shot this wonderful image of the CP Holiday Train. Paul is one of 10 members we have from across the pond, and we're grateful to each and every one of them for their many contributions and devotion to the club!


Send us an email and we'll send you an application form!
If you don't live in Manitoba, you can still join by being an associate member for only $15 CDN. You'll get a PDF of our official publication, The Lantern, emailed to you nine times a year!