The Assiniboine Valley Railway is rolling again this weekend! 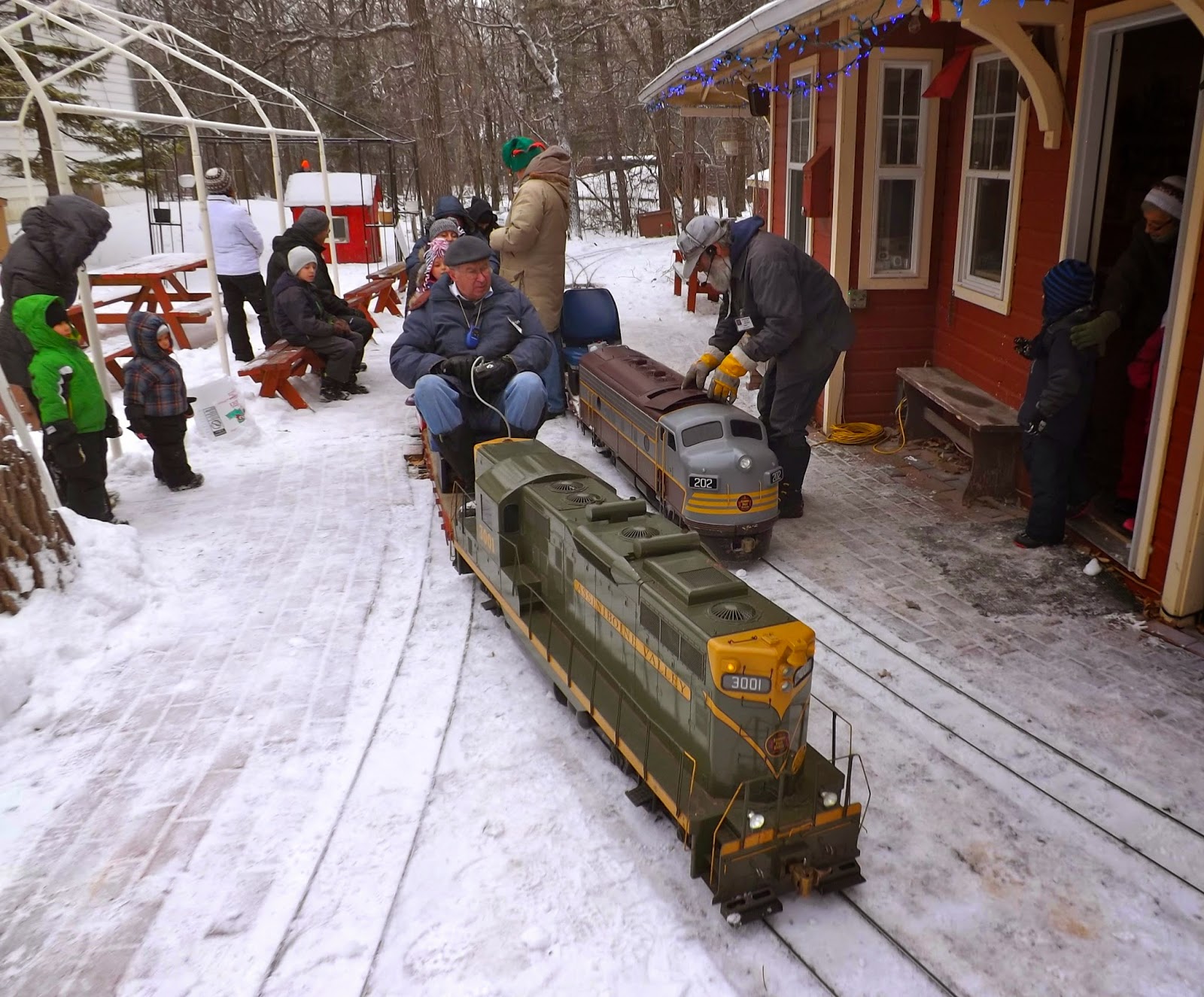 We are very pleased to announce that the Assiniboine Valley Railway is having their next open house this weekend. The trains will be running from 1PM to 4PM on both Saturday and Sunday at 3001 Roblin Boulevard.

Last weekend, they held their first winter open house since the passing of their founder, the late great Bill Taylor, in August of 2013. Outside of former WMRC President Ed Mulholland's announcement of the AVR's forthcoming open houses at the WMRC's December meeting, there was virtually no publicity for the event (not even a mention on their own website).

The day after the WMRC's December meeting,  the news was posted on this blog site and on the WMRC's Facebook page. The FB notice got 500 views in just a few hours! Watching the numbers come in was like watching the gas gauge at the pump turn while you're filling up your car! This shows not only the power of social media, but of the interest in the AVR itself!

We sent our top investigative reporter out to the AVR open house to cover the event last Sunday. As you can see by the photographic evidence, it was business as usual at the AVR! They had steady and respectable crowds on both days, and they're hoping for the same this coming weekend.

And they'll certainly get that! Another FB post about the AVR on the WMRC's Facebook page has garnered over 4000 views and 50 shares! AVR President Len LaRue was on CBC Radio One's noon program on Wednesday, They gave him a full ten minutes to promote the event! He was also on the CBC 24 Hours supper time news show that night, and the evenwas also promoted on the noon hour radio news on boxing day.

Riding the AVR at Christmas has become an important Winnipeg traditions for many Winnipeg families. Although the lights aren't up and there are no evening runs, people still want to ride the trains through the forest! And there's still plenty of deers to see while you're enjoying the ride!
Posted by Paul Ullrich, WMRC Blog Editor at 8:19 AM