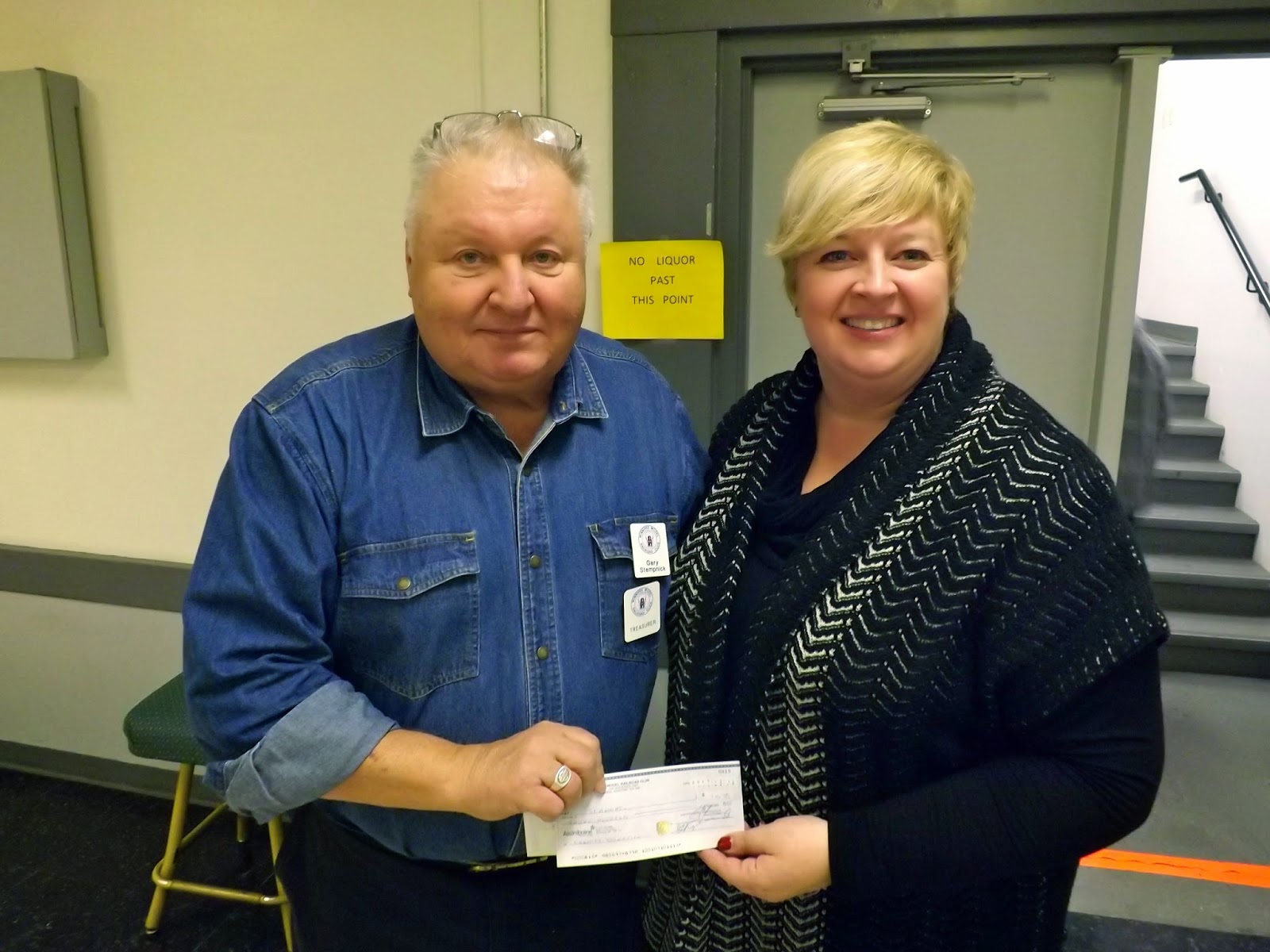 WMRC Treasurer Gary Stempnick presents a donation to St. Amant's Juliette Trudeau Mucha at the club's meeting in December at the Charleswood Legion.

The WMRC was honoured by the presence of St. Amant's Juliette Trudeau Mucha at our last meeting. Juliette presented a short video showcasing the wonderful work of St. Amant and was given a cheque from the club.

The donation the club gave to St. Amant represents a portion of the proceedings of the money earned from September's Manitoba Mega Train Show. The club also donates a portion of the money earned at their annual spring open house to St. Amant. In 2013, St. Amant had a large display at the spring open house. Many volunteers from St. Amant were present at the show to promote the work the organization does in the community.

The WMRC is a not-for-profit organization and it is also a charity-minded organization. We have had St. Amant as our charity of choice for about two years, and we are delighted to have chosen such a worthwhile and hard working organization.
Posted by Paul Ullrich, WMRC Blog Editor at 11:17 AM