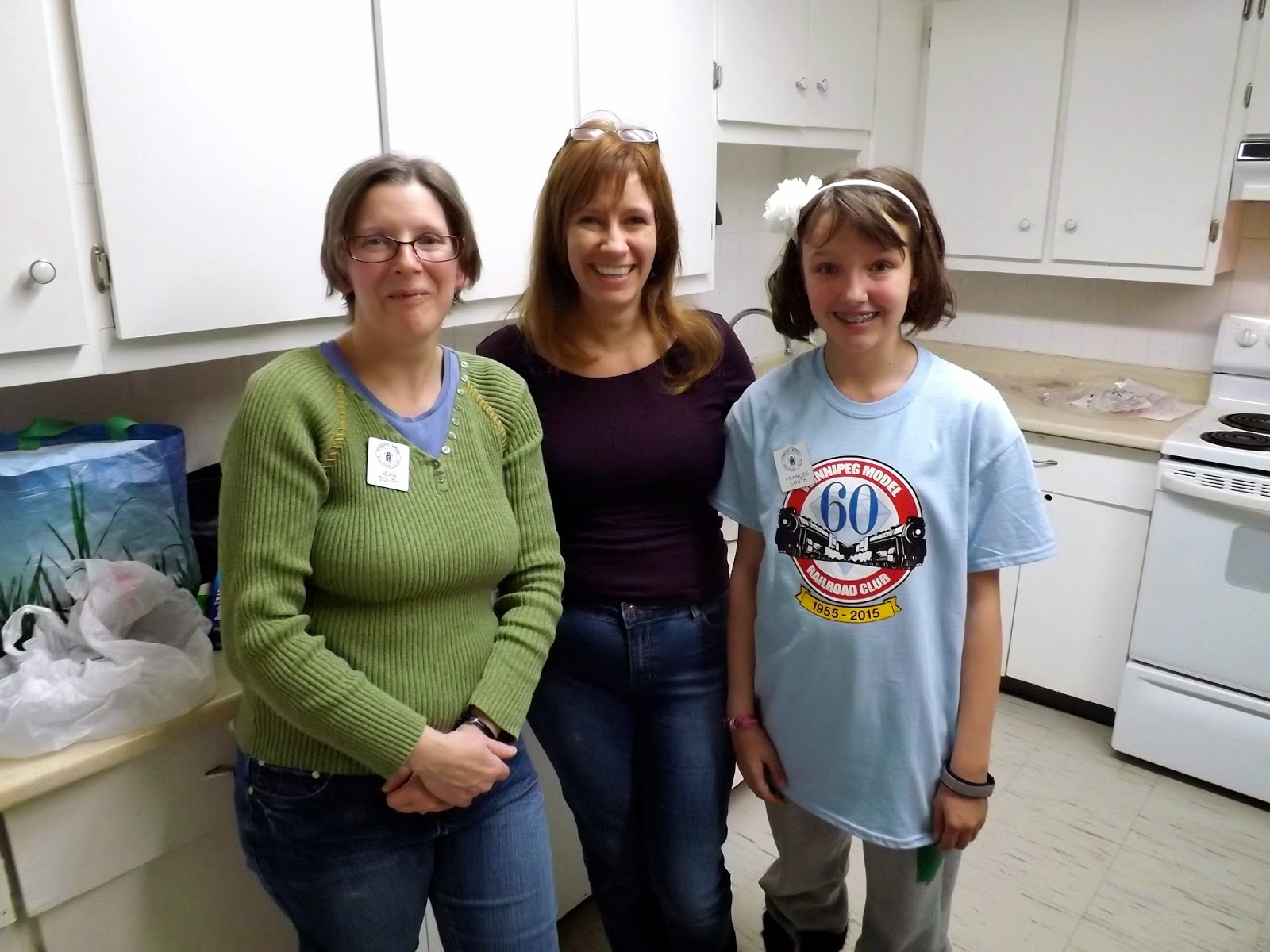 Pictured from left to right are Jean South, Andrea Leader and Frances South, who worked so hard at our December meeting making hot dogs and serving donuts, chip, pop and coffee for our annual "Christmas Dinner".

The unsung heroes of our club have to be the volunteers we had had working at our canteen at every meeting. It's often a thankless job which not only involves serving the food, it also involves purchasing and delivering the food, as well as making the coffee and cleaning and storing the coffee maker.

The canteen was started in 1999 when we moved to Christ Anglican Church. At our previous venues, there was always a soda machine, and after the business meeting we'd have a "Coke break". Seeing there was no vending machines in the church, Chuck Huard, our enterprising former President, started a canteen in the kitchen of the church's basement. This was an ingenious move on Chuck's part, as it also provided a revenue source for the club.

Chuck and his wife Lise were the first proprietors of the canteen. They were joined by their friends, Ken and Roberta Anderson, who later took over for the Huards. These canteen volunteers also provided snacks at our annual spring open houses and the WMRC's Great Canadian Train Shows. Chuck and Ken would always be barbecuing hot dogs and burgers outside of the Mennonite Brethren Collegiate Institute, sometime in some rather inclement weather!

LuElla Rietze took over from the Andersons, and she served us faithfully for several years. Then Andrea Leader took over the job. She was joined this year by Jean South. Jean's daughter Frances often helps her mom and Andrea in the kitchen.

The WMRC wishes to thank Jean, Andrea, Frances and all of the past volunteers we've had in the canteen over the past 15 years. We deeply appreciate all of the time and the effort you've all put intomaking the canteen a success!

Posted by Paul Ullrich, WMRC Blog Editor at 11:26 AM