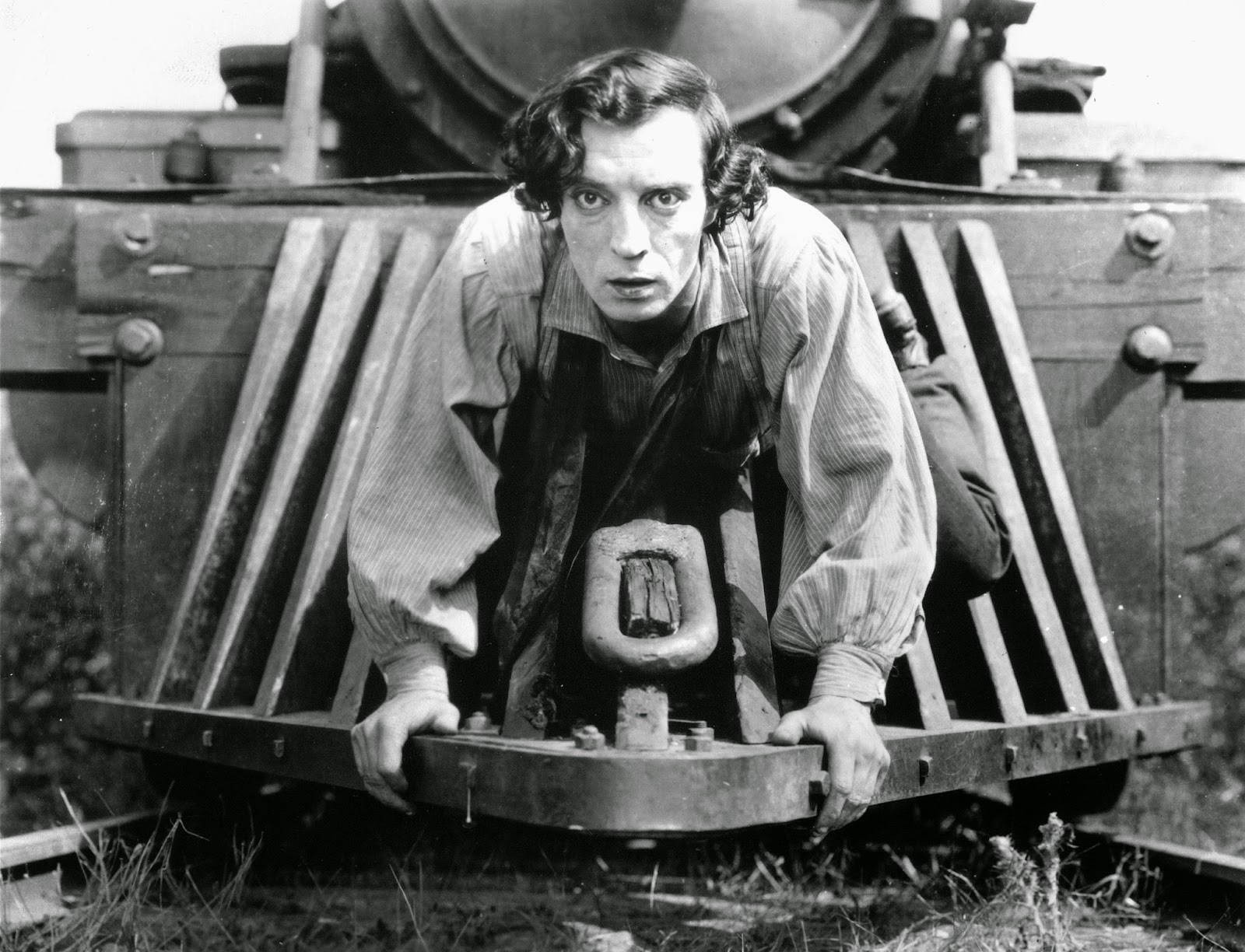 Buster did all of his own stunts! Don't try this at home, folks (or anywhere else, for that matter).

31 years ago, during the 1983 NMRA national convention in Winnipeg,  WMRC Vice President Dave Downie ran the 16mm projector in a room on the third floor of the Winnipeg Convention Centre, where he screened Buster Keaton's The General and The Railrodder on a continuous basis. The print of The General wasn't of the best quality, and there was an annoying voiceover describing every single action, but back in those pre-YouTube days (and there weren't many video stores back then either) it was a rare opportunity to see this classic railroading film. Dave kept hundreds of people amused and he enjoyed watching the reactions of the audience, especially the children.

The General cost $750,000 to make, a huge sum for 1926. (Spoiler alert: a lot of the money went into the spectacular shot of the burning bridge collapsing under a locomotive) It wasn't well received by critics or the public at the time. It's now considered one of the greatest films ever made, and was ranked #18 by the American Film Institute as one of the 100 best movies of all time.

There are some great scenes for railfans and non-railfans alike. There are great gags, great stunts, and the humour still holds up 88 years after its initial release. Thanks to the miracle of technology, you can now watch The General in its entirety by clicking here.
Posted by Paul Ullrich, WMRC Blog Editor at 6:00 AM