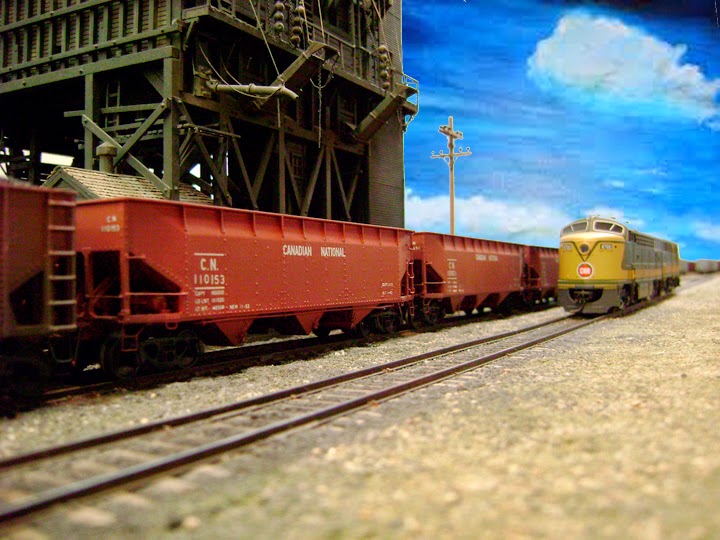 Readers of this blog site might've noticed that on previous posts about Stafford Swain's layout, there have been nothing but CN motive power and rolling stock on the tracks. Stafford was a loyal CN fan and a devoted member of the Canadian National Railways Historical Association (formerly CN Lines SIG). Stafford did just about everything for that organization that he could, including stuffing envelopes  on a regular basis at Nick Andrusiak's place whenever another issue of CN Lines was fresh from the printers and ready to ship.

Stafford was a virtual encyclopedia of anything related to CN. Several years ago, a local man purchased an old CN caboose, intending to renovate it as a cottage while keeping the exterior as close to prototype as he could. Someone suggested that he call Stafford. When he did, Stafford asked him what type of caboose it was. The man didn't know, so he started describing it to him.

"Is that the one with the white windows?" Asked Stafford.

The man said yes, and Stafford gave him about 20 minutes of the most intricate details describing the make, model and manufacturing of the caboose, all off the top of his head.

That was Stafford. Knowledgeable, kind, and extremely generous with the wealth of information he possessed.
Posted by Paul Ullrich, WMRC Blog Editor at 7:55 AM