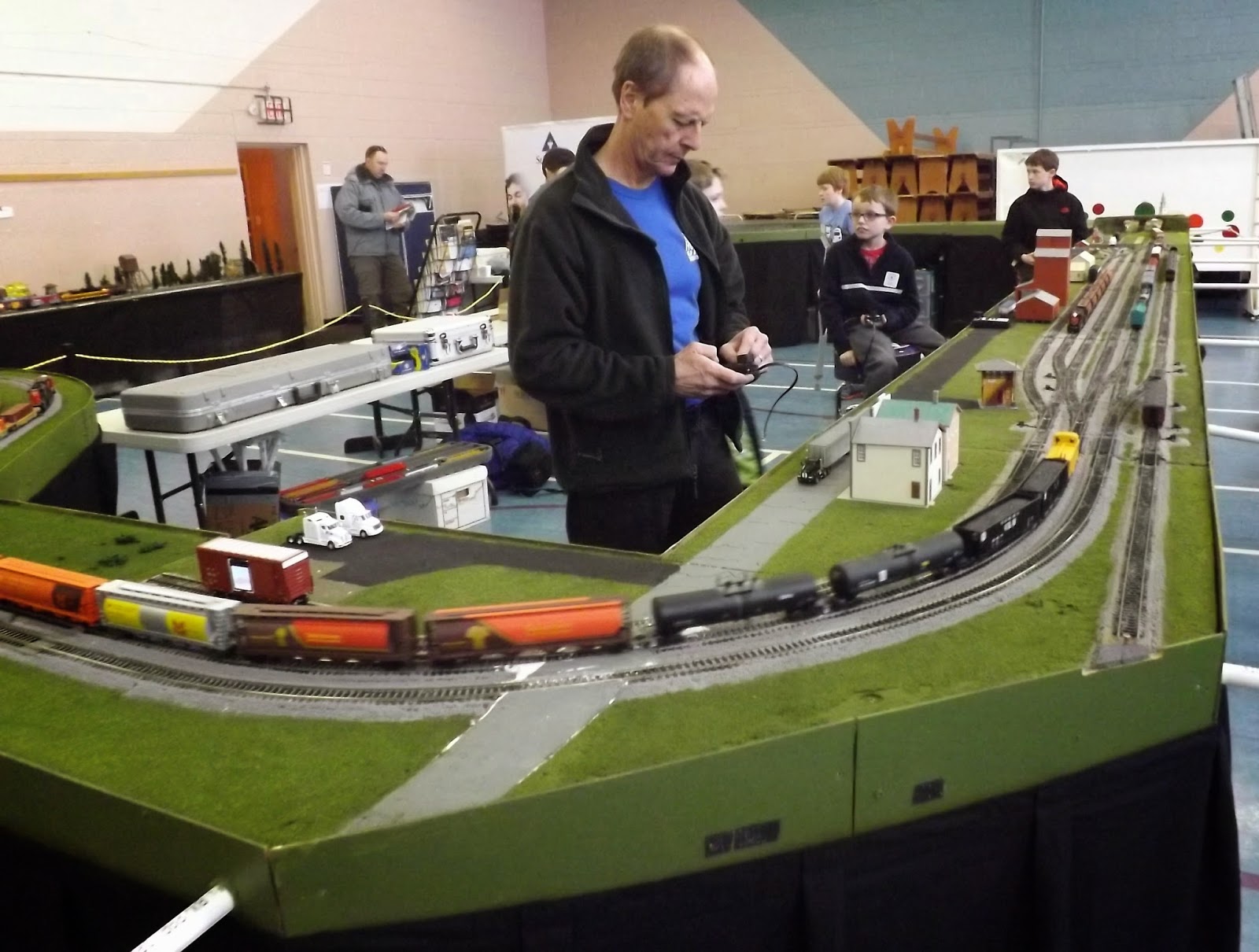 The NMRA's No. 1 Northern Division's Free-Mo modular group displayed once again at the WMRC's annual open house. The layout was a bit smaller than last year's, mostly because there were so many other displays, and only so much space to go around! Still, there was enough room to have some really long trains do some really long runs.

The two loops the group constructed were funded by a grant from the NMRA's Thousand lakes Region (TLR). The No. 1 Northern Division thanks the TLR for their generosity in helping complete this project. 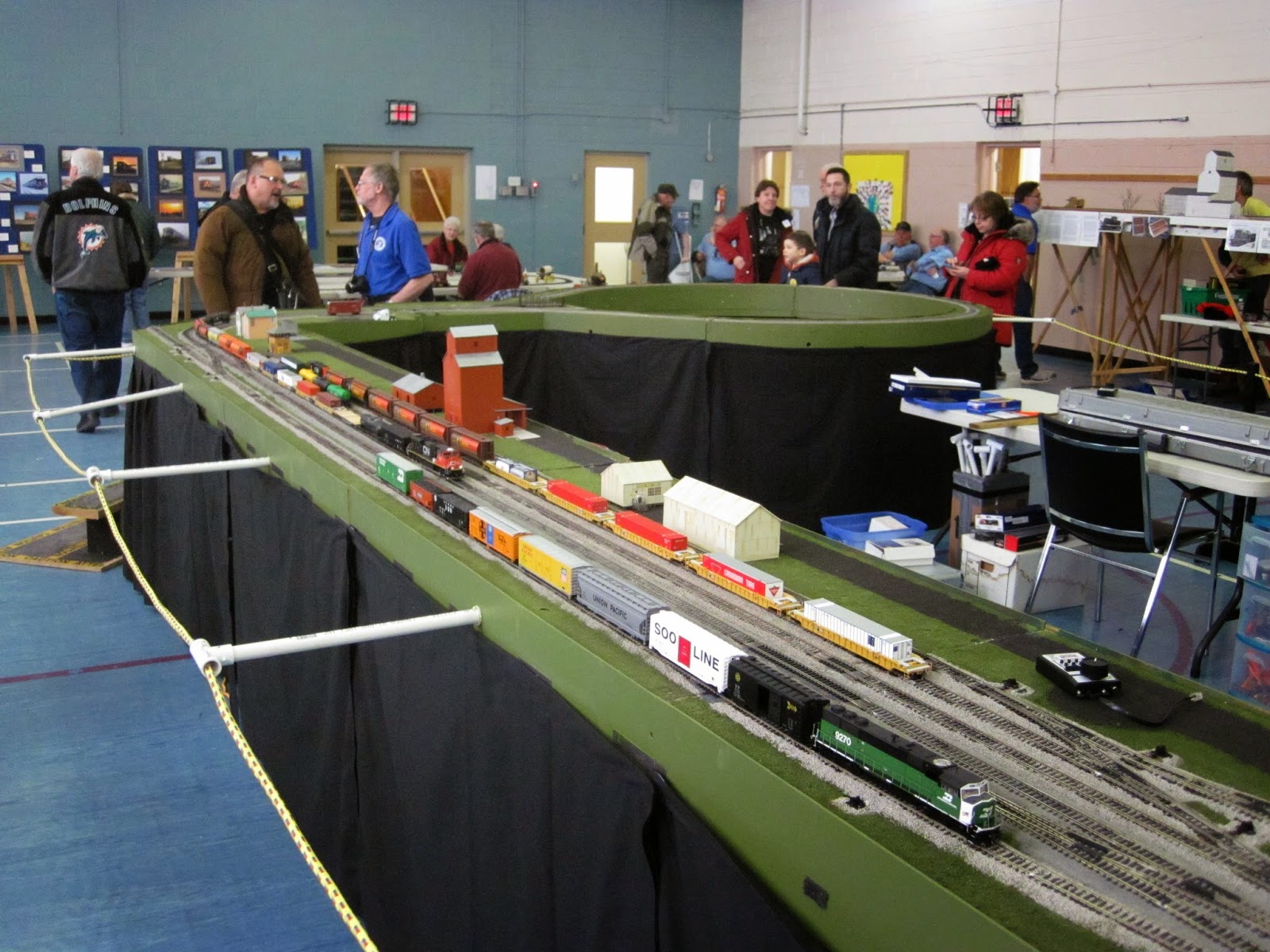 A BN freight rolls down the straightaway, heading for the next loop which will bring it back. Photo by Suzanne Lemon.
Posted by Paul Ullrich, WMRC Blog Editor at 11:04 AM