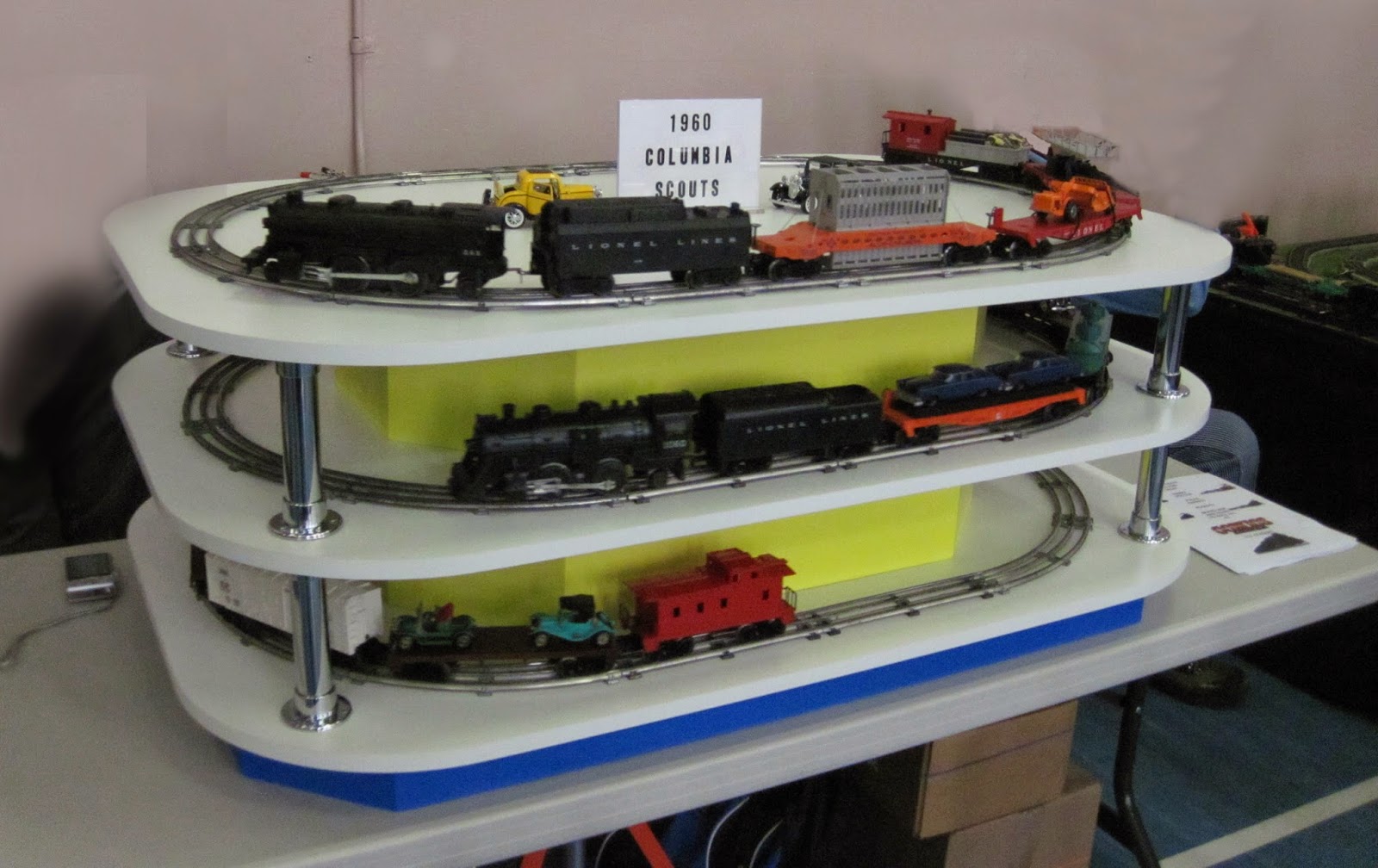 What was by far the most unique and compact layout at the WMRC open house was Jim Spiers' triple decker Lionel display! He managed to set up three complete loops on a space no larger than a typical banquet table! His totally original design featured modified laminated counter tops bolted together with pipes. The finished result resembled a wedding cake with trains.

Jim featured Lionel's Columbia style steamers, which were plastic engines that had a 2-4-2 configuration. These were also known as Lionel's "Scout" engines, which were packaged in their lower priced train sets. Jim was modelling a specific year - 1960, when Lionel produced a proliferation of Scout sets in their catalogue. Most of the rolling stock was vintage, with a few reproduction pieces to fill in the gaps of the consist.

If you ever wanted a layout, but never built one because you thought that you had no room, then take a look at Jim did!

Posted by Paul Ullrich, WMRC Blog Editor at 8:13 AM