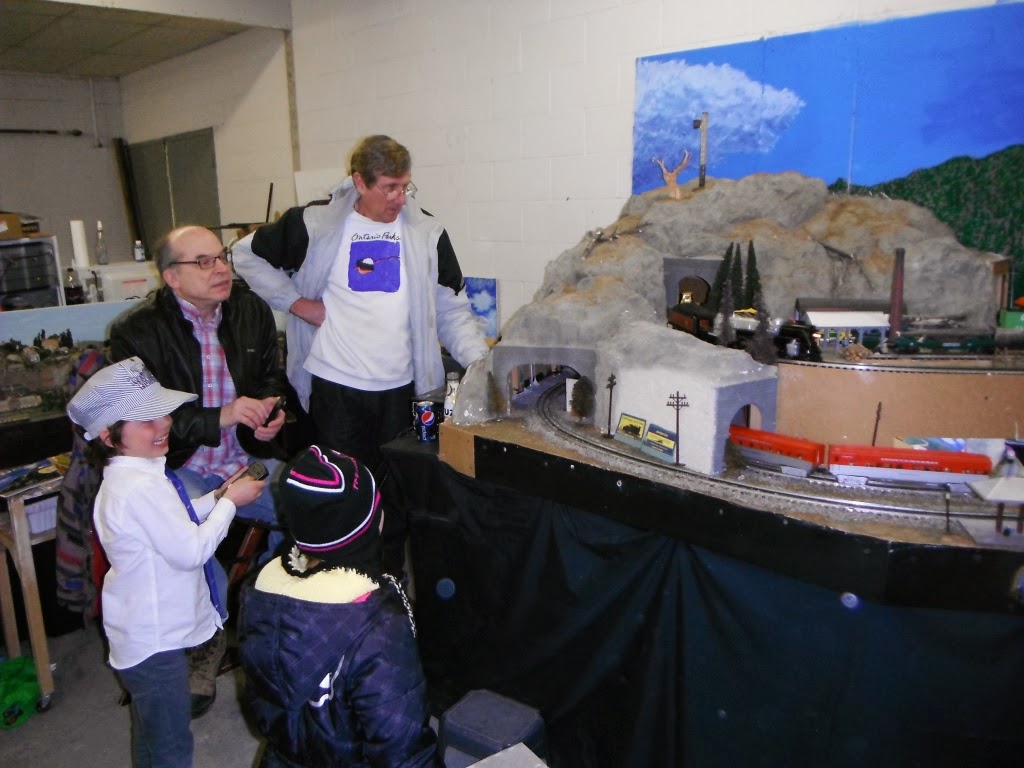 Dennis Fitzpatrick, who was operating the layout, took a much needed break, and Paul and Joe took over - for almost two hours! Do you think they'll give those kids a chance to run the trains too?

Unfortunately, the turnout for the event wasn't quite up to expectations. Who ever expected a snowstorm on April 12? But everybody who attended had a great time watching (and operating) the three spectacular layouts in three different gauges!
Posted by Paul Ullrich, WMRC Blog Editor at 8:12 AM