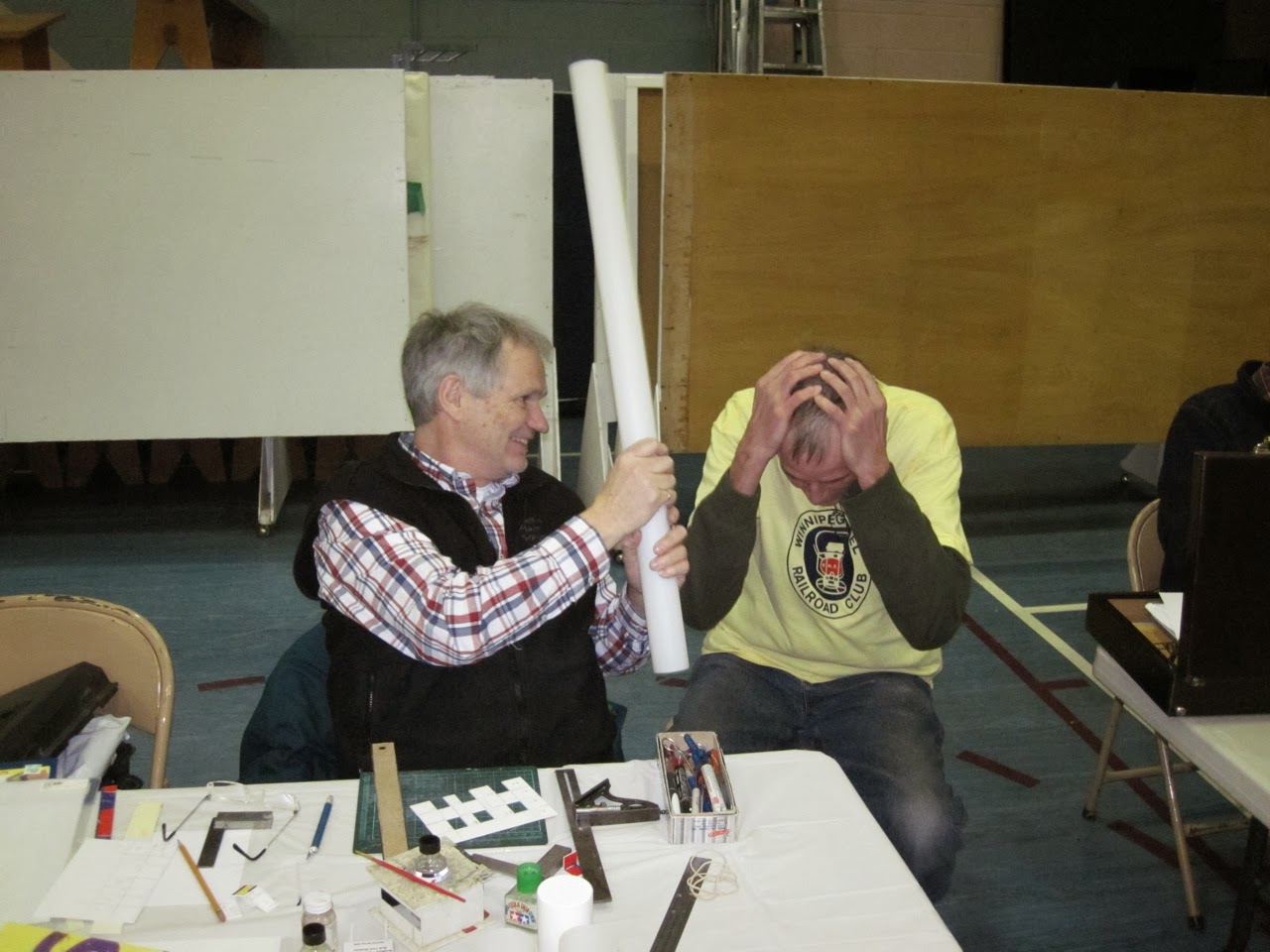 Who would've imagined that when we elected Larry Leavens as WMRC President that he'd be such a demanding taskmaster? Larry discovered a little known clause in the WMRC constitution that allows the President to employ corporal punishment against his minions, and he's using it to its fullest extent!

Investigative photographer Suzanne Lemon (working undercover, disguised as a container of ground foam) caught this shocking scene of Larry beating Lantern Editor Robert Weaver at December's Klinic Karnival over a spelling mistake that he made in the last issue! Suzanne also provided a transcript of the incident:

Of course, this was all in fun. This was the second in a series of silly images that WMRC photo contest chair sent, with the challenge to create an equally silly caption. This post serves as a reminder to all our readers that we like to have fun at our meetings, and at everything else we do as a club!