Silly business at the Gateway Western 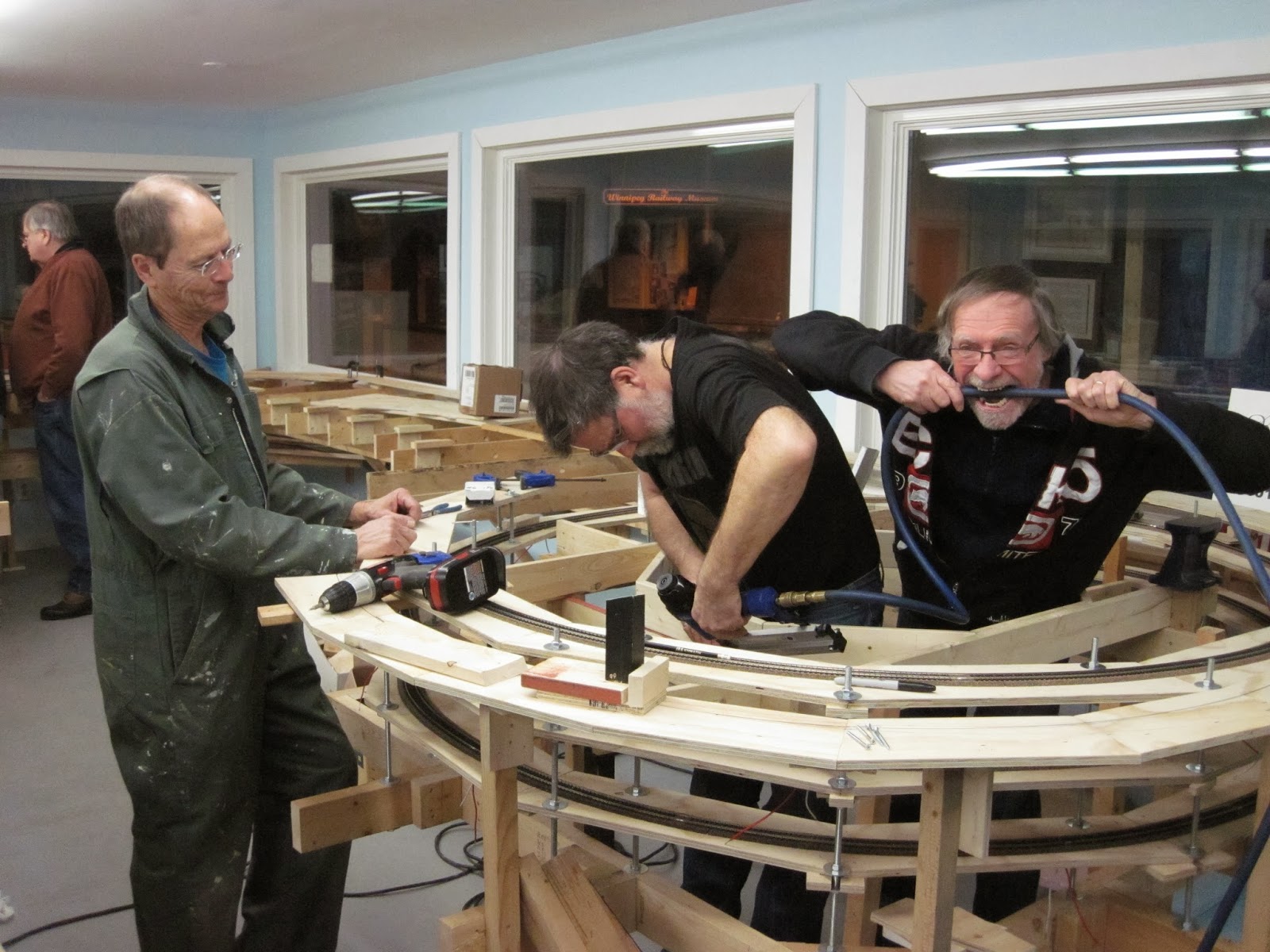 What you're witnessing here is a cruel practical joke played on Morgan Turney.

There's only one thing Morgan loves more than model railroading, and that's seafood. He never without a tin of oysters in his pocket, and once a month Ed Mulholland bakes him an eel pie. Every Tuesday when he's at the Gateway, he orders a bucket of calamari from KFC (That's Kanye's Fresh Calamari) but he never shares it! Morgan can be very shellfish when it comes to his seafood.

Someone switched glasses on him and shouted, "The Calamari's here!" and handed him the hose. Morgan likes his calamari rubbery, so he didn't notice the difference. He was so famished that he bit right through the hose and swallowed so much compressed air that he blew up like a beach ball and floated around the room for a while. Fortunately, Dave Downey caught him and squeezed all of the air out of him before he could do any damage to the layout. It's a good thing that the roof was finished, or else he'd be floating somewhere around Kleefeld by now!

As you might have guessed, this post is a complete fabrication. WMRC Past President and Photo Contest Chair Suzanne Lemon submitted this photo, with the challenge to come up with an equally silly caption to go with it.

The Gateway Western MOW crew will be meeting this Tuesday, January 28 at 7:00 PM at the Winnipeg Railway Museum, which is located on the second level of Via Rail's Union Station at 123 Main Street. There won't be any Calamari served, but if you'd like to pitch in an help put together a great model railroad, you're more than welcome to join! The structure is heated and insulated, so you'll be able to help work on the railway in comfort.
Posted by Paul Ullrich, WMRC Blog Editor at 8:27 AM