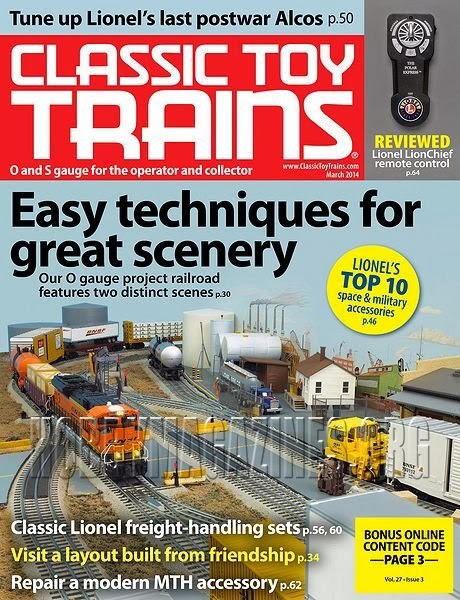 WMRC blog editor Paul Ullrich has had an article published in the March 2014 issue of Classic Toy Trains. The article is featured in their "Tips, Tools and Techniques" column, and it takes up the entire page. It includes three photos that Paul took. Paul's article is about using brass door hinges and inexpensive magnets from Radio Shack to weigh down O gauge locomotives.

This is the third time Paul has had an article published in a Kalmbach publication in the past nine months. he has also had another piece published in the "Tips, Tools and techniques" column in the July 2012 issue of Classic Toy trains, and had a story published in the September 2013 issue of Trains magazine, titled "Upper berth Blues".
Posted by Paul Ullrich, WMRC Blog Editor at 10:58 AM