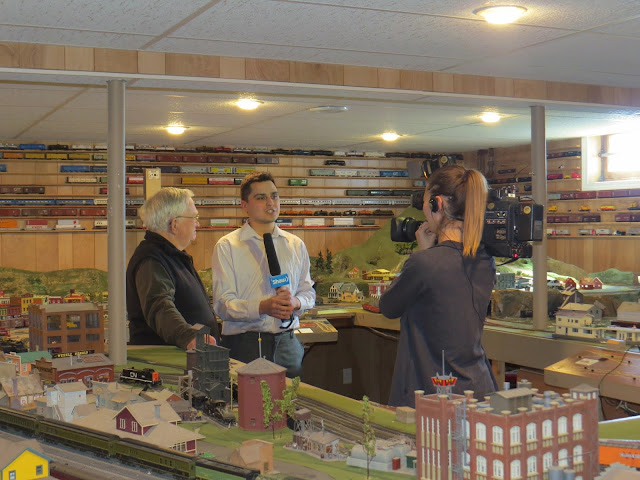 The third video segment on the layouts of WMRC members produced by Shaw TV features Lloyd Smith's massive basement layout. Lloyd, a long time member of the WMRC, has a layout that gradually expanded until it took over most of the basement. As you can see, there's some fine modelling work done here! To view the video, click here.

These features were produced in promotion for the club's annual open house, which is happening this coming weekend, April 2nd and 3rd, at the Charleswood Legion, 6003 Roblin Boulevard. There will be some great layouts and displays, our annual photo and model contest, trains, trains and more trains! The canteen will be open, and hot dogs are on the menu! Hours are from 11AM to 4PM both days, handicap accessible. Hope to see you all there! 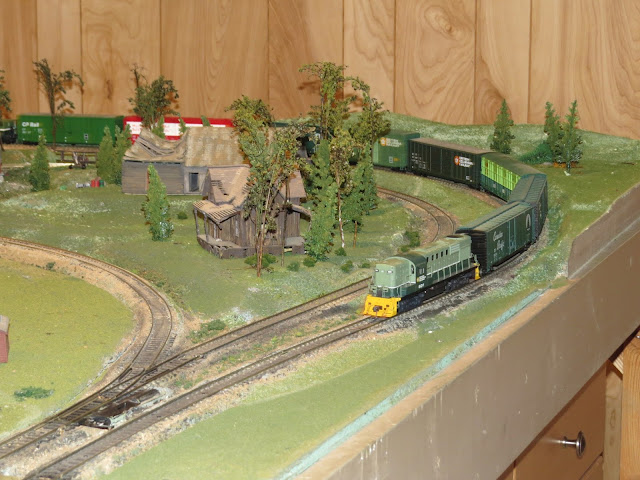