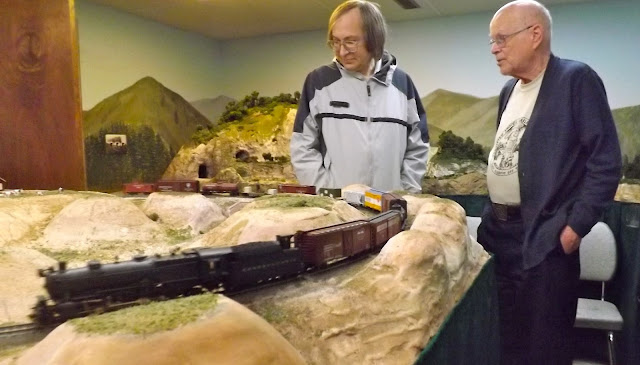 The second video produced by Shaw TV features Norm Leathers' Pennsylvania Railroad layout. Norm has long been the backbone of the club. He first became a member of the WMRC in 1957.  He has recently served as president of the club in the 2009-2010 season. He was awarded the president's shield in 2014 for his efforts in bringing the WMRC and the Winnipeg Railway Museum together to rebuild the Gateway Western in the museum.

Before his long and distinguished career as an educator, he was a pilot for the RCAF. This year he celebrated his 80th birthday. Long may he and his railroad run!

You can view the video of Norm's layout by clicking here.
Posted by Paul Ullrich, WMRC Blog Editor at 7:16 AM