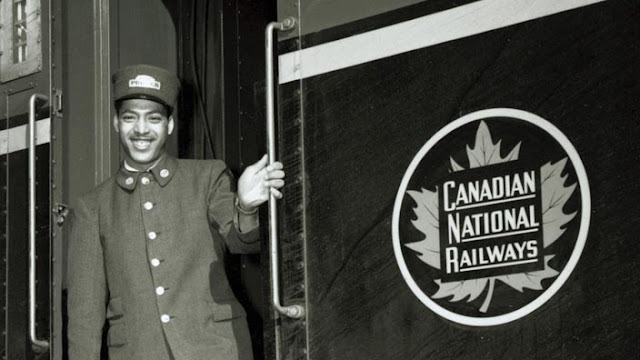 WMRC Vice-President Dave Downie sent us this fascinating documentary produced by the National Film Board of Canada (NFB) titled "The Road Taken".

This 52 minute documentary produced in 1996 takes a nostalgic ride through history to present the experiences of black sleeping-car porters who worked on Canada's railways from the early 1900s through the 1960s. There was a strong sense of pride among these men and they were well-respected by their community. Yet, harsh working conditions prevented them from being promoted to other railway jobs until finally, in 1955, porter Lee Williams took his fight to the union.

Claiming discrimination under the Canada Fair Employment Act, the Blacks won their right to work in other areas. Interviews, archival footage and the music of noted jazz musician Joe Sealy (whose father was a porter) combine to portray a fascinating history that might otherwise have been forgotten.

You can view this fascinating documentary by clicking here.

Posted by Paul Ullrich, WMRC Blog Editor at 7:36 AM