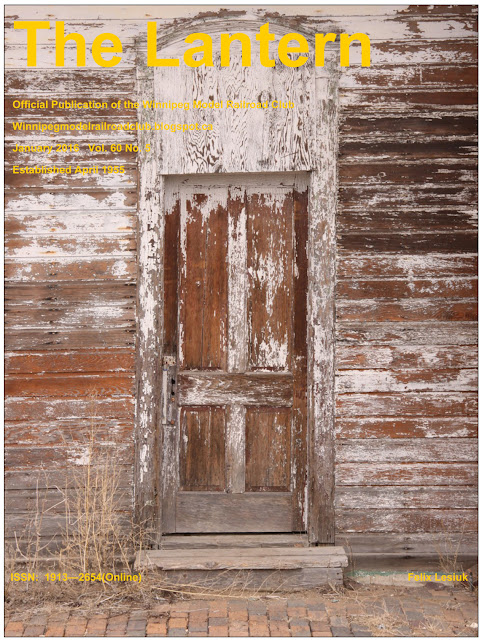 Long time WMRC member Felix Lesiuk was the winner of the club's monthly photo contest this January for this photo he took of a former Milwaukee Road station. The theme for January's photo contest was "a railway item that needs a fresh coat of paint". There were six entries for this month's contest. The winner of the club's monthly photo contest receives a cash prize and has their winning image published on the cover of The Lantern, the official publication of the WMRC, for that month.

Felix Lesiuk is a long time member of the WMRC. He is also President of WinNtrak, one of Western Canada's largest N scale modular group. He has won many awards for his photography over the years.

The theme for February's contest is "Prairie Sentinels (or parts there of)". The deadline for this contest is midnight, February 2. Send all entires to Lantern Editor Robert Weaver at weaverflowers@gmail.com.