Some more new images of the Gateway Western Railway 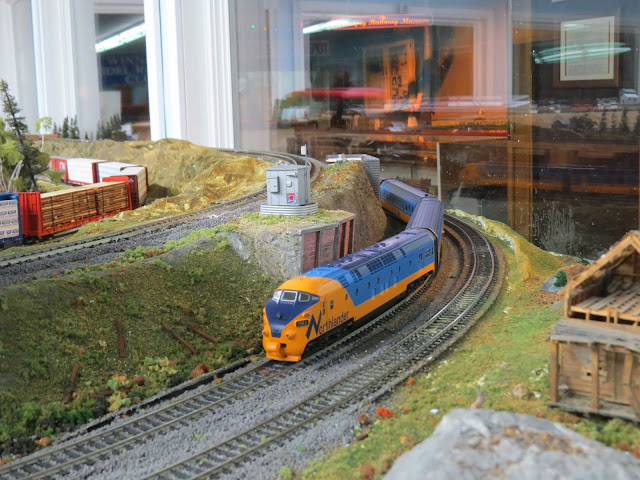 We still have some more images to share of the remarkable progress the team at the Gateway Western has made in the past few months. Even WMRC President Larry Leavens, who had been away for a few weeks, was amazed at how much work had been accomplished lately.

More photos will be coming in shortly, and we'll post them as soon as we get them. For those who want to join in on the fun, Tuesday nights are Gateway nights! The gang meets at 7:00 PM at the Winnipeg Railway Museum, located at the Via Rail Station at 123 Main Street. No experience necessary! All that's required is a willingness to participate. 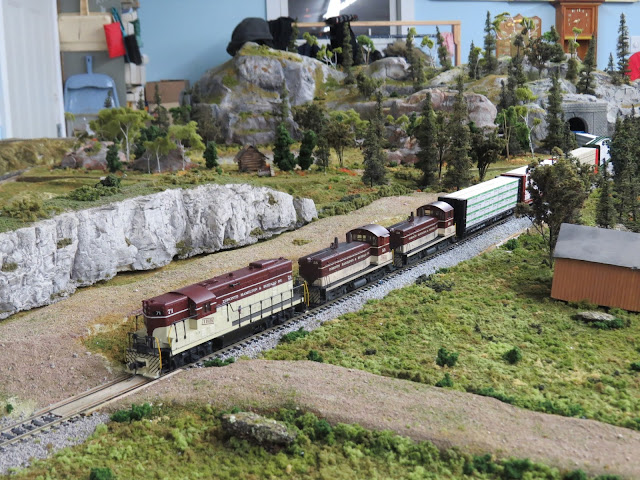 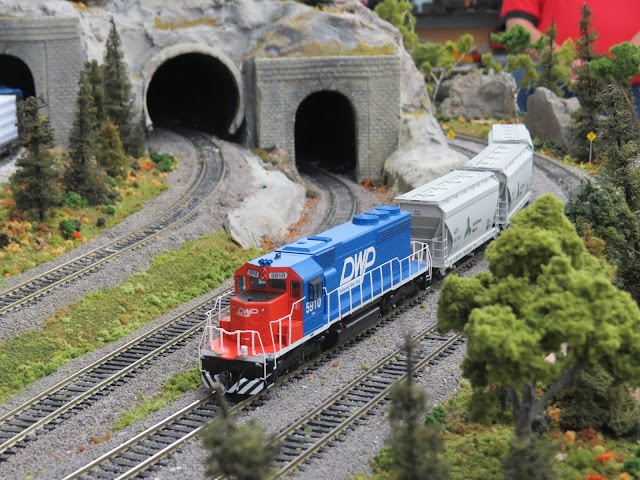 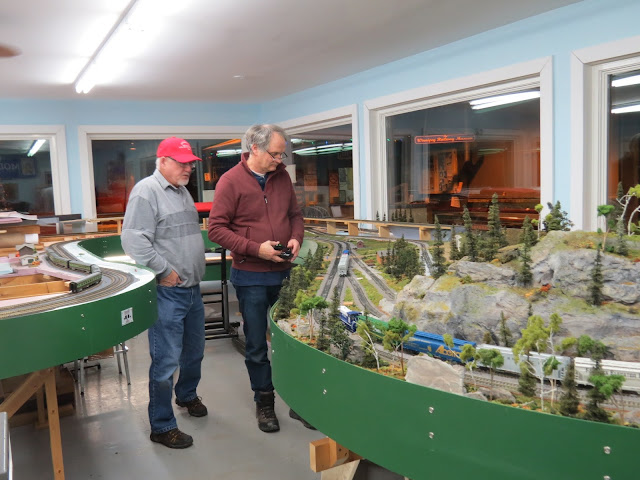 Brent Tingey (left) and Larry Leavens pilot their trains on the Gateway Western layout
Posted by Paul Ullrich, WMRC Blog Editor at 7:21 AM