End of the Line - The last days of steam locomotives 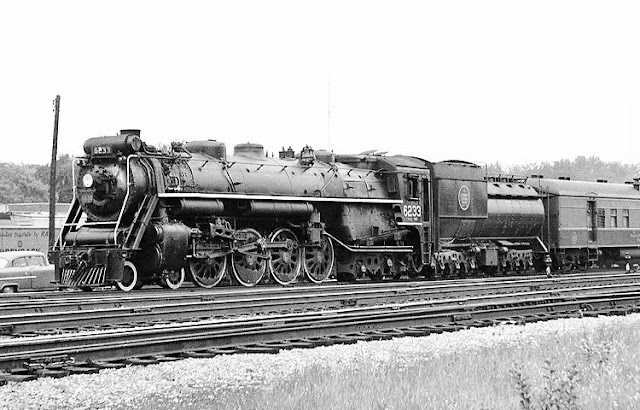 Some time ago, WMRC Vice President Dave Downie supplied us with a wonderful list of films about railroading that are available for viewing on-line. Most of them haven't been posted on this site, as there were so many model railroading and rail fanning activities to report about. But now that the summer doldrums are upon us, it's a good time to reach into the archives and take a look at some of these remarkable films. And this summer seems to be the perfect time to watch them, as it's either been too cold, too hot, or too rainy to do anything outside!

Our first film is titled "End of the Line". It's a film from the National Film Board of Canada (NFB) from 1959. This 30 minute documentary offers a historical and nostalgic look at the steam locomotive as it passes into history, replaced by diesels. Railroad employees and rail fans are asked about their feelings about the end of the steam era in this film. End of the Line is a rare historical document that captures the passing of a bygone era, when steam was used by railroads for very practical purposes, and not just for the occasional summer excursion. You can view this film by clicking here.

Posted by Paul Ullrich, WMRC Blog Editor at 11:04 AM

Email ThisBlogThis!Share to TwitterShare to FacebookShare to Pinterest
Labels: Dave Downie, End of the Line, National Film Board of Canada