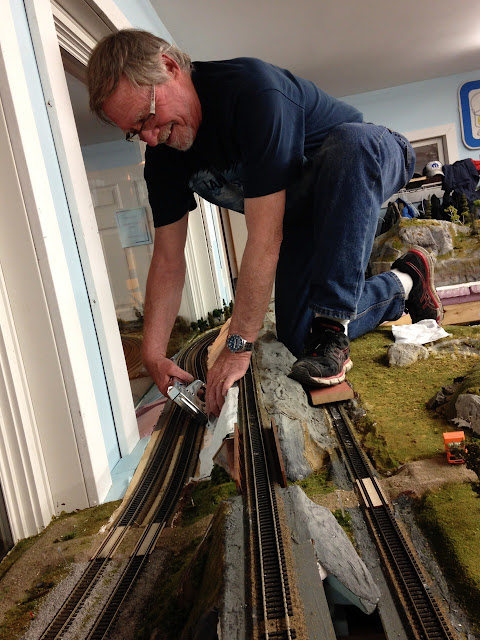 This handsome fellow is happily stapling some landscape material (and hopefully not his fingers) to the Gateway Western layout in the Winnipeg Railway Museum. Photo by Christopher Robinson.

Just a friendly reminder that although we're in the throes of summer, construction and operation of the Gateway Western will continue throughout the season. Tuesday nights are still Gateway nights, come rain or shine, and you're welcome to join in on the fun! Progress has been impressive on the largest group owned layout in the city, and it has been proven to be a solid attraction at the Winnipeg Railway Museum!

The Gateway Western Railway is located at the Winnipeg Railway Museum, which is on the second level of the Via Rail Station, 123 Main Street. The gang meets at 7:00PM every Tuesday. 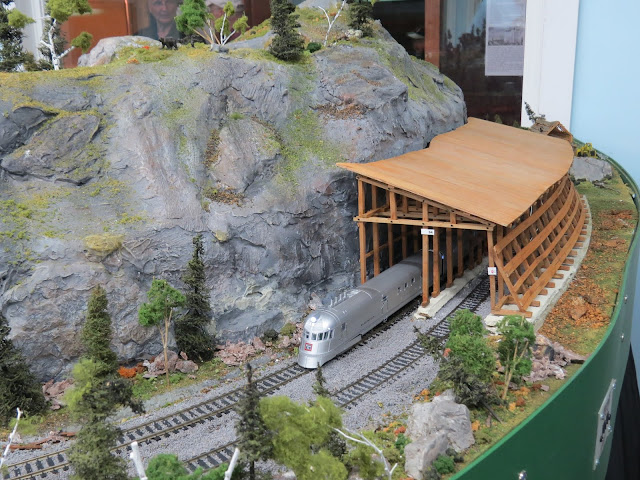 A sleek Burlington Zephyr runs through a snow tunnel on the Gateway Western. 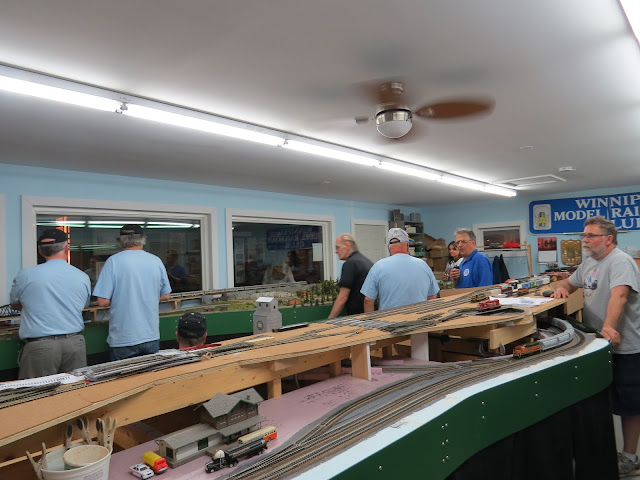 The WMRC section crew gang is keeping everything running smoothly at the Gateway!
Posted by Paul Ullrich, WMRC Blog Editor at 7:00 AM