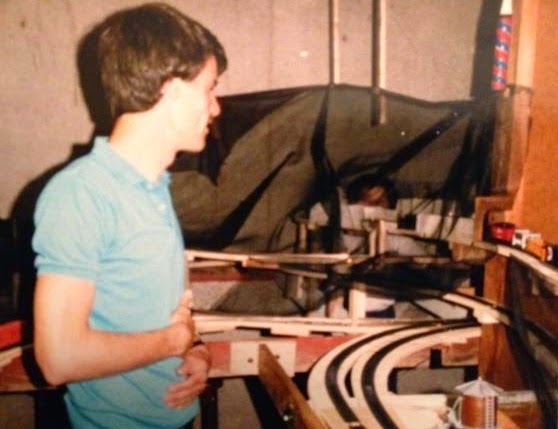 A very young Ken Epp, looking very much like his son Jeremy, working on the first version of the Cougar River Subdivision in the mid-80's.

WMRC member John Longhurst posted an excellent article about the late Ken Epp's Cougar River Subdivision layout, featuring many vintage photos taken during the years when it was in operation.
Ken's wife lent Ken's photo album to John, who proceeded to take images of the photos with his iPhone, which he posted on his blog site, The CP Rail Manitoba and Minnesota Subdivision, and on his Flickr page.

Ken (who was John's brother-in-law) took copious records of the building of his layout. The collection is a fascinating record of the building of one of Manitoba's greatest and most famous model railroads.
Posted by Paul Ullrich, WMRC Blog Editor at 8:33 AM