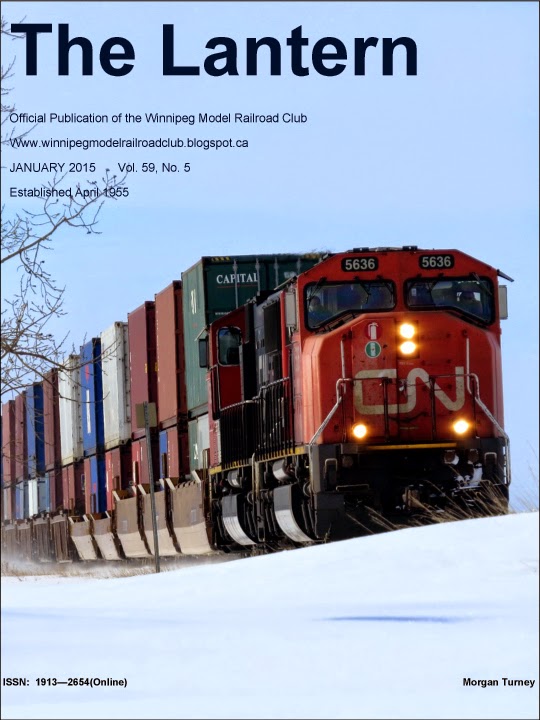 Long time WMRC member Morgan Turney won the club's photo contest for January. His winning image was featured on the cover of the January issue of The Lantern, the official publication of the WMRC.

January's theme was snow. The theme for February's contest is a railway photograph that expresses just how cold it is outside. It could be hoarfrost on a cold steel rail, ice crystals as exhaust plumes rise from diesel locomotives or wind driven sheets of snow caused by the velocity induced by train movements.

To make things easier, any photograph that was shot in 2015, 2014 or earlier will be allowed. The winner will have their image featured on February's cover of The Lantern. They will also receive $15 or $30, depending on how many entries are submitted.  The deadline for entries will be no later than MIDNIGHT on Tuesday, January 27.
Posted by Paul Ullrich, WMRC Blog Editor at 5:00 AM

Email ThisBlogThis!Share to TwitterShare to FacebookShare to Pinterest
Labels: Morgan Turney, The Lantern