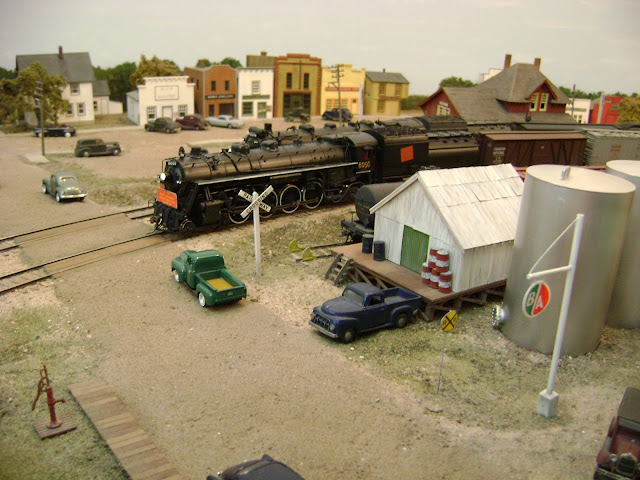 A CN freight lumbers through a typical prairie town in Stafford Swain's exquisite Whiteshell subdivision layout. Stafford's 12' x 30' layout might be considered small by today's standards, but it was packed with amazing detail. It was a perimeter layout, which meant that the larger scenes were in the corners. That's where this painstakingly accurate model of a typical prairie town was found. The building of Stafford's fictional town of Forsyth, Manitoba was featured in a cover story of Railroad Model Craftsman in the early 1980's.
Posted by Paul Ullrich, WMRC Blog Editor at 6:31 AM