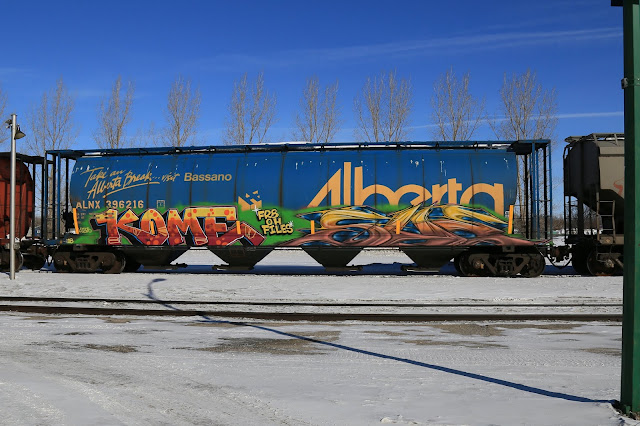 Our prolific rail photographer Felix Lesiuk took another rail fanning trip with Louis Lenz on March 7. They headed West on a Thursday to try to catch the VIA Canadian, since both the east and westbounds run on Thursday. But both were many hours late.  They made it as far West as Moffat. Traffic was light on CN, but they saw more CP trains than normal.

But what Felix did catch was an amazing array of graffiti on some of the rolling stock, which is what we’re featuring on this post. Some of the work is very intricate, and quite fascinating. It’s amazing how the graffiti taggers manage to do what must be very time consuming work without getting caught! 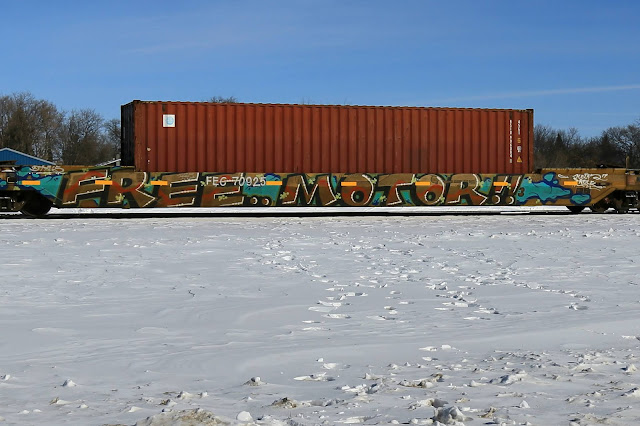 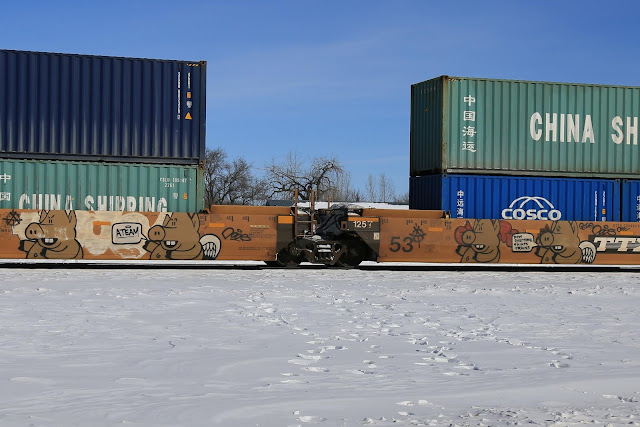 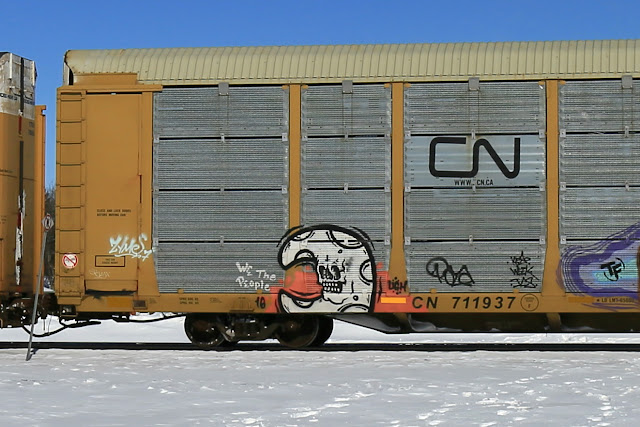 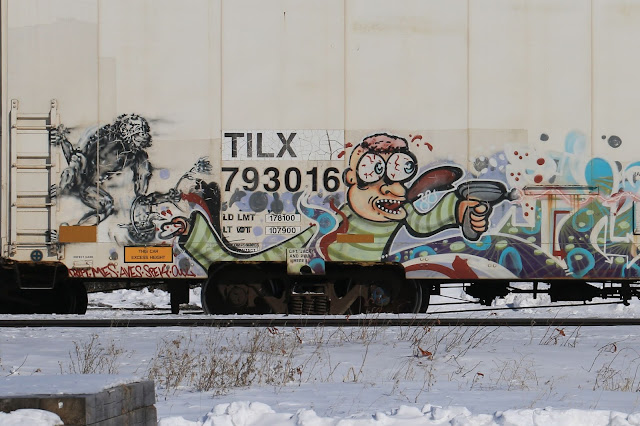 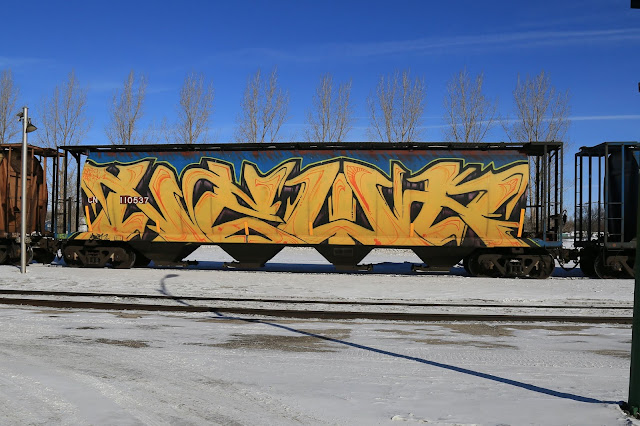 Posted by Paul Ullrich, WMRC Blog Editor at 10:53 AM