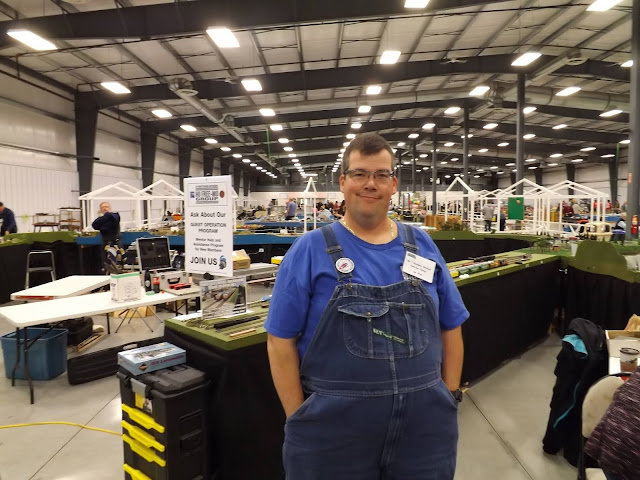 WMRC Vice president and Public Relations Director Ian Plett was interviewed on Global TV's local morning show on September 28. He was there to promote the Manitoba Mega Train Show, which was held on September 29 and 30.

Ian, who is also Superintendent of the NMRA No. 1 Northern Division and President of their Free-Mo group, set up the largest display the show ever had, combining forces with the Kildonan Short Lines modular group.

The WMRC always has a significant presence at the show, as the club is involved in set up and take-down of the event, including assembling the mega-train and manning the admissions desk.

You can see Ian's interview by going to: https://globalnews.ca/video/4496572/model-train-lovers-unite-at-manitoba-mega-train-hobby-show
Posted by Paul Ullrich, WMRC Blog Editor at 7:56 AM