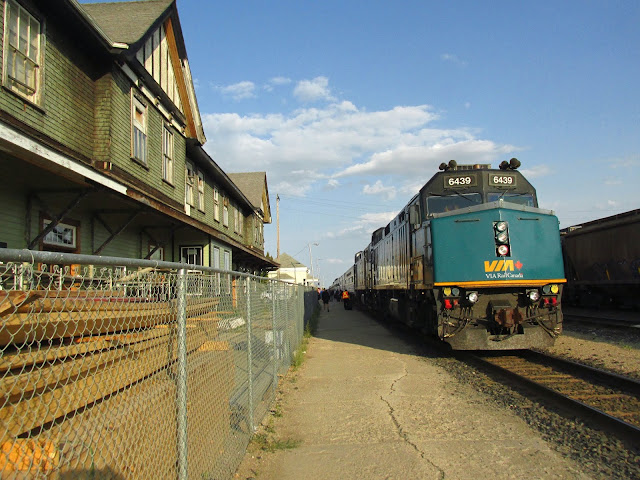 On Monday, August 20,  I took a group of people on behalf of Rail Travel Tours to Manitou Springs Spa resort, which is just north of Watrous, Saskatchewan on VIA's Canadian.  It was kind of neat seeing all the spots I usually take pictures of the train but from the "inside" perspective.

We stopped in Melville for a crew change and a chance to stretch the legs. Nice to see that they are fixing the old station. Last time I saw it was boarded up and smelled like pigeon crap.  We were making fairly good time until we got stuck for about three hours near Uno, Manitoba. A CN freight had mechanical issues and had to be rescued by another train. 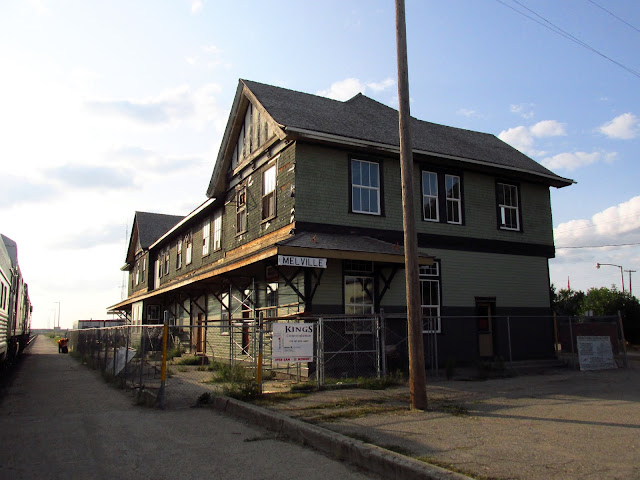 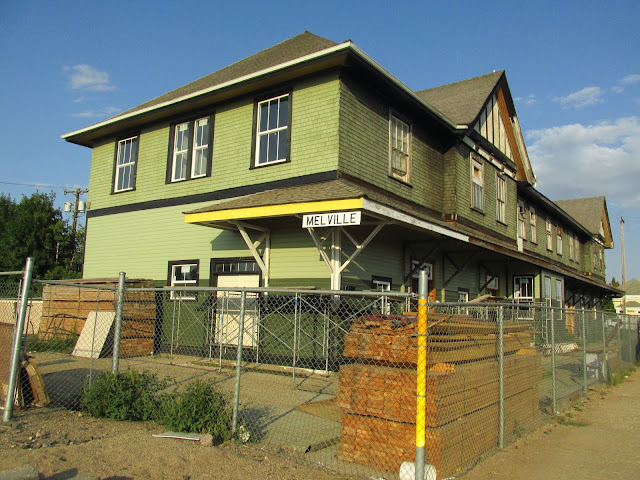 Posted by Paul Ullrich, WMRC Blog Editor at 7:00 AM