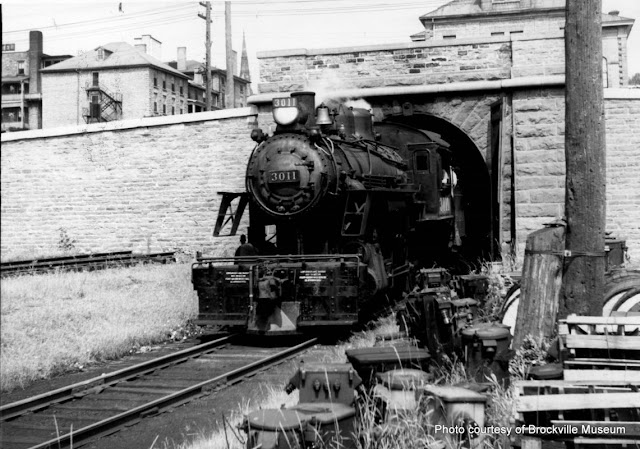 A.J. Benoit from Brockville, Ontario sent us a link to a new video about Canada’s Oldest Railway Tunnel. This two minute and 39 second long video was created to help promote the tunnel. The tunnel was reopened in August 2017 after extensive refurbishing effort cost over 2 million dollars.

The tunnel was of particular interest to Mr. Benoit as it was the railroad that brought his family to Brockville over 87 years ago. His grandfather  relocated here from St. Jean Sur Richelieu in Quebec and worked for the CNR for over 40 years. His father George followed his footsteps and also worked for the CNR for 25 years before retiring. You can view this video by going to:
https://www.youtube.com/watch?v=RVFLfnBtfeY
Posted by Paul Ullrich, WMRC Blog Editor at 1:12 PM