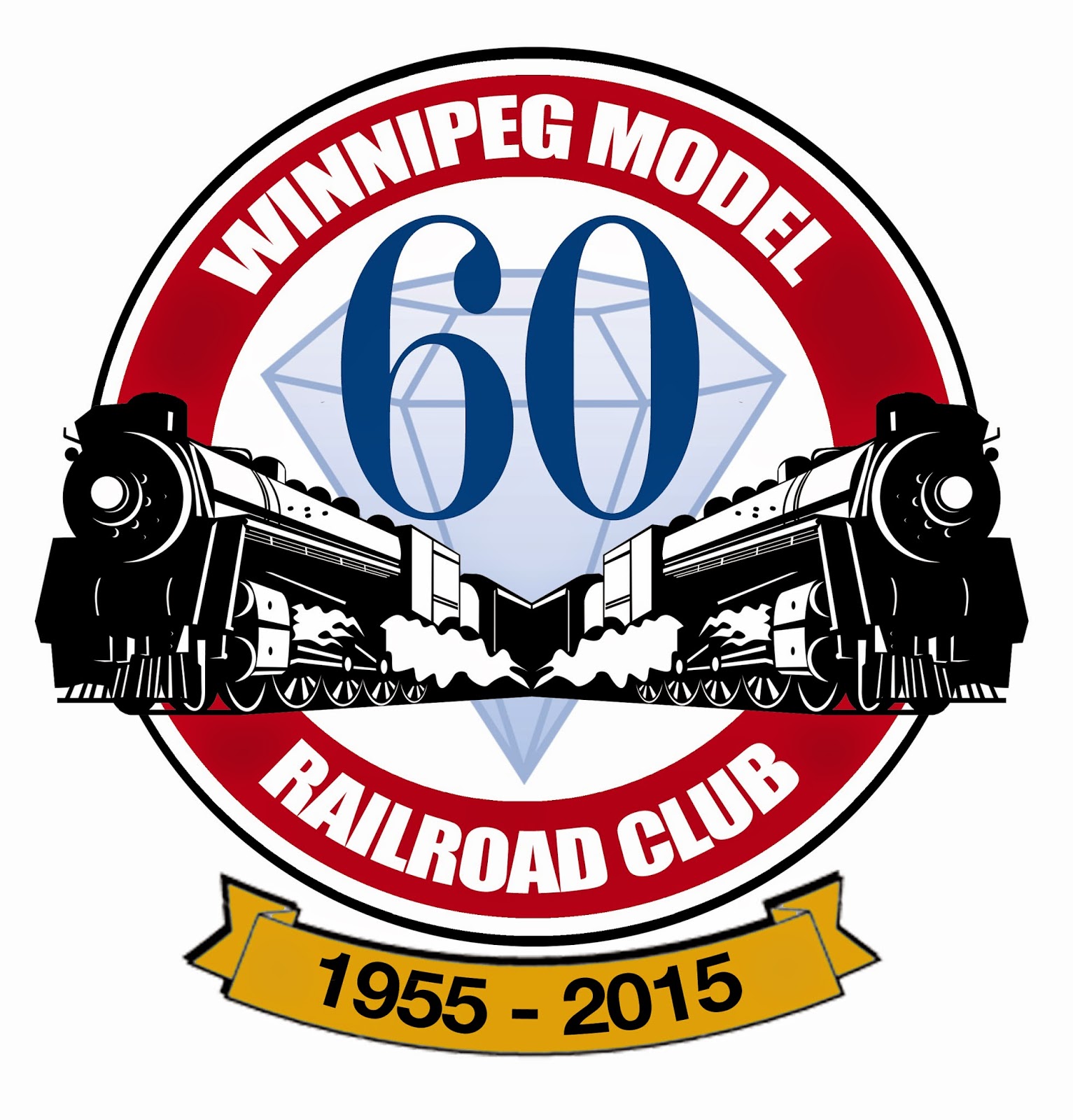 Sixty years ago, on April 1,1955, a small group of model railroaders met at St. John's Hobby Shop to discuss the possibility of forming a model railroad club in the city of Winnipeg. Agreement was reached and the Winnipeg Model Railroad Club was formed. The first formal meeting was held later in the month.

Over the years the WMRC has had hundreds of members, men, women and children who share the love of the hobby of model railroading. WMRC members have gone on to become Master Model Railroaders, served on the NMRA and TLR Boards, and have hosted regional and national conventions. The WMRC's founding fathers would be proud.

On April 10, 2015, we will celebrate the WMRC's 60th Birthday with a birthday cake, a special guest and a group photo. We will be having a special presentation of digital images that were converted from vintage photographs and slides from the rich and wonderful history of the club.

We're asking everyone to dress up by wearing a 60th anniversary T Shirt. If you don't have one, we will be selling them at the meeting!

The meeting starts at 7:30PM in the Tank Room, located in basement of the Charleswood Legion, 6003 Roblin Boulevard. Please enter on the west side of the building. Not a member? No problem! Visitors are always welcome!
Posted by Paul Ullrich, WMRC Blog Editor at 2:37 PM