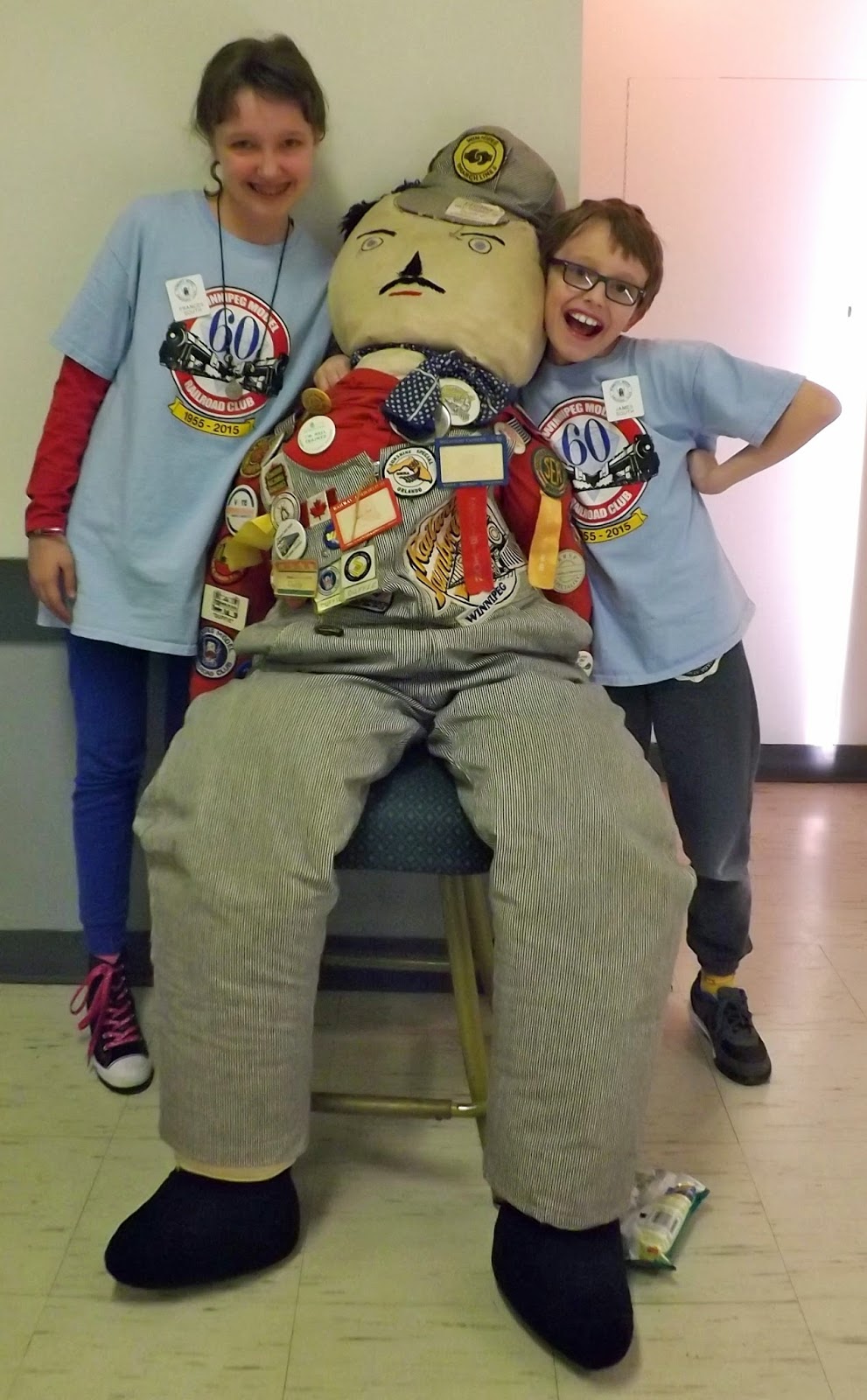 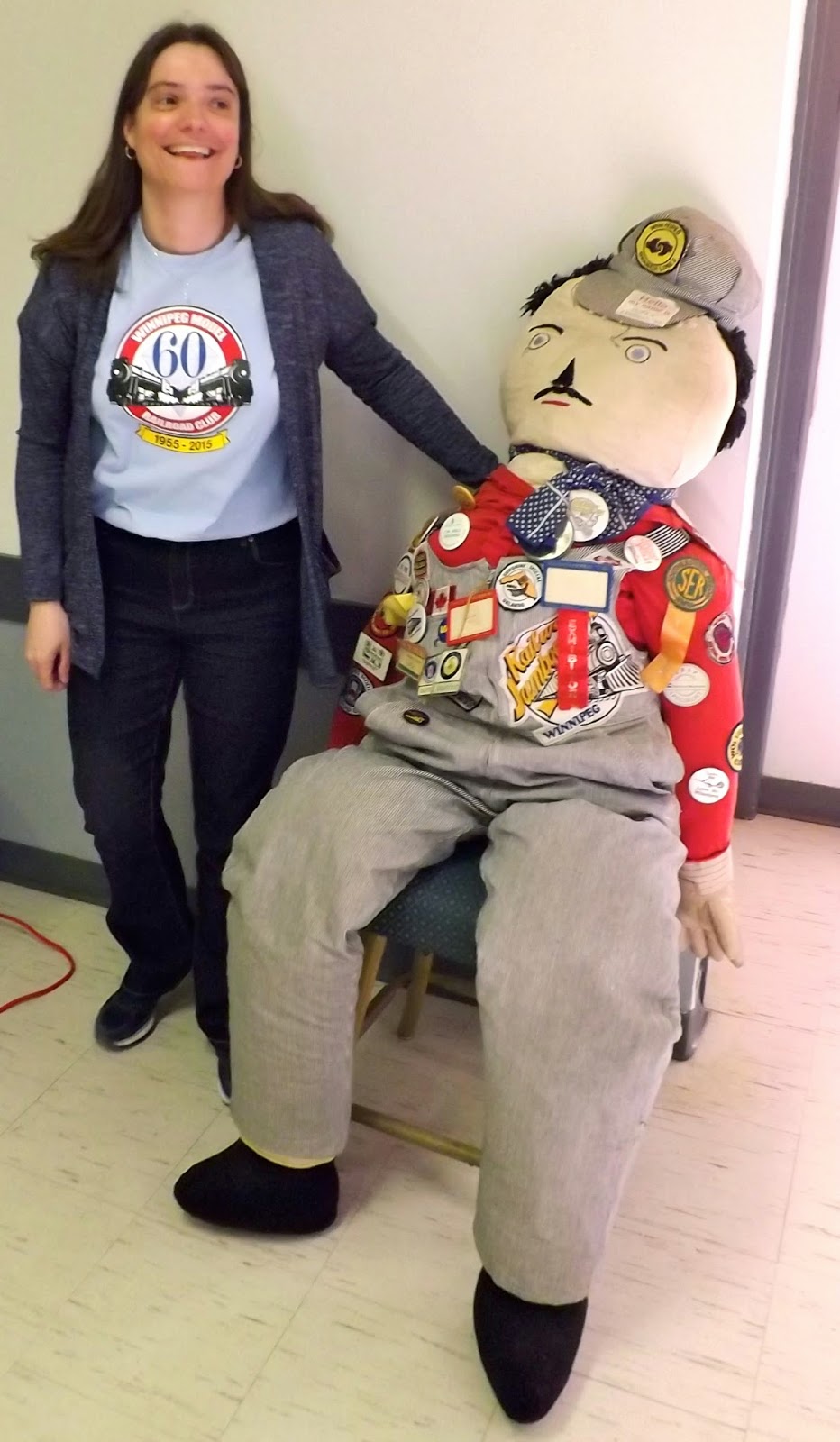 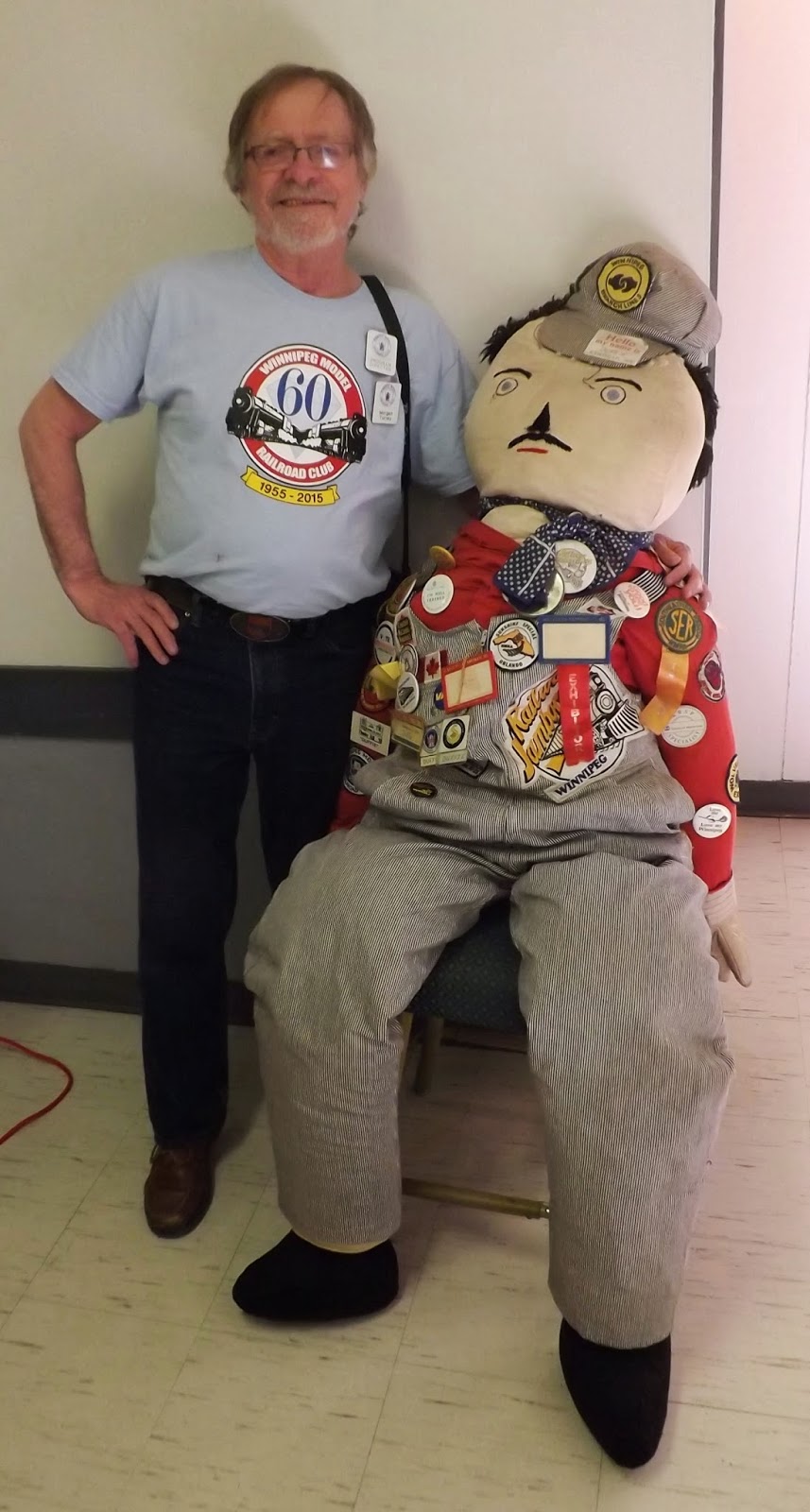 Suzanne Lemon, Morgan Turney, Frances South and James South all take turns posing with "Duffy" the WMRC's mascot from the 1983 NMRA Railway Jamboree Convention. Duffy has been residing in a fire engine at the Winnipeg Railway Museum, but he was able to make it out to the Charleswood Legion to help us celebrate our 60th anniversary. 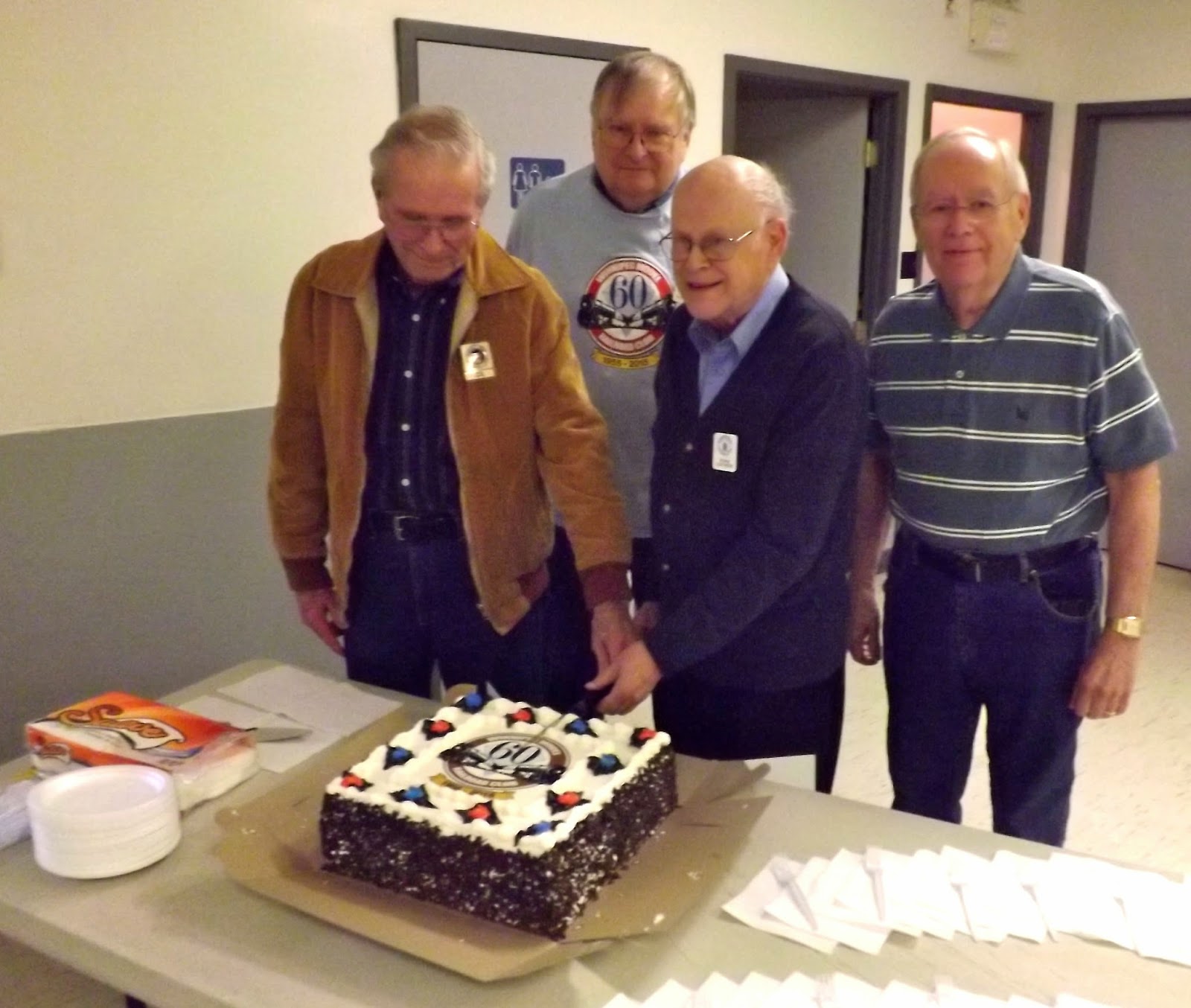 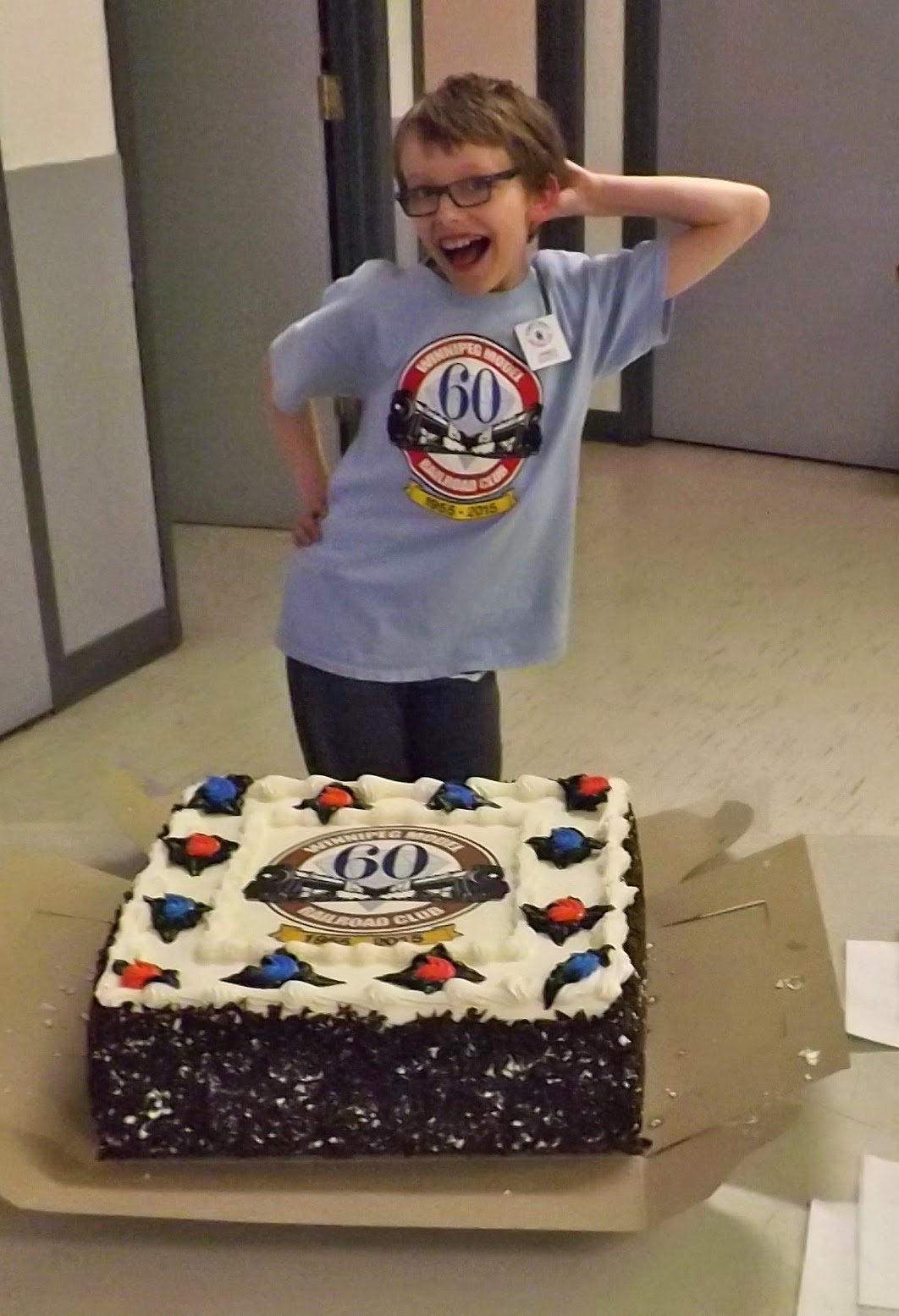 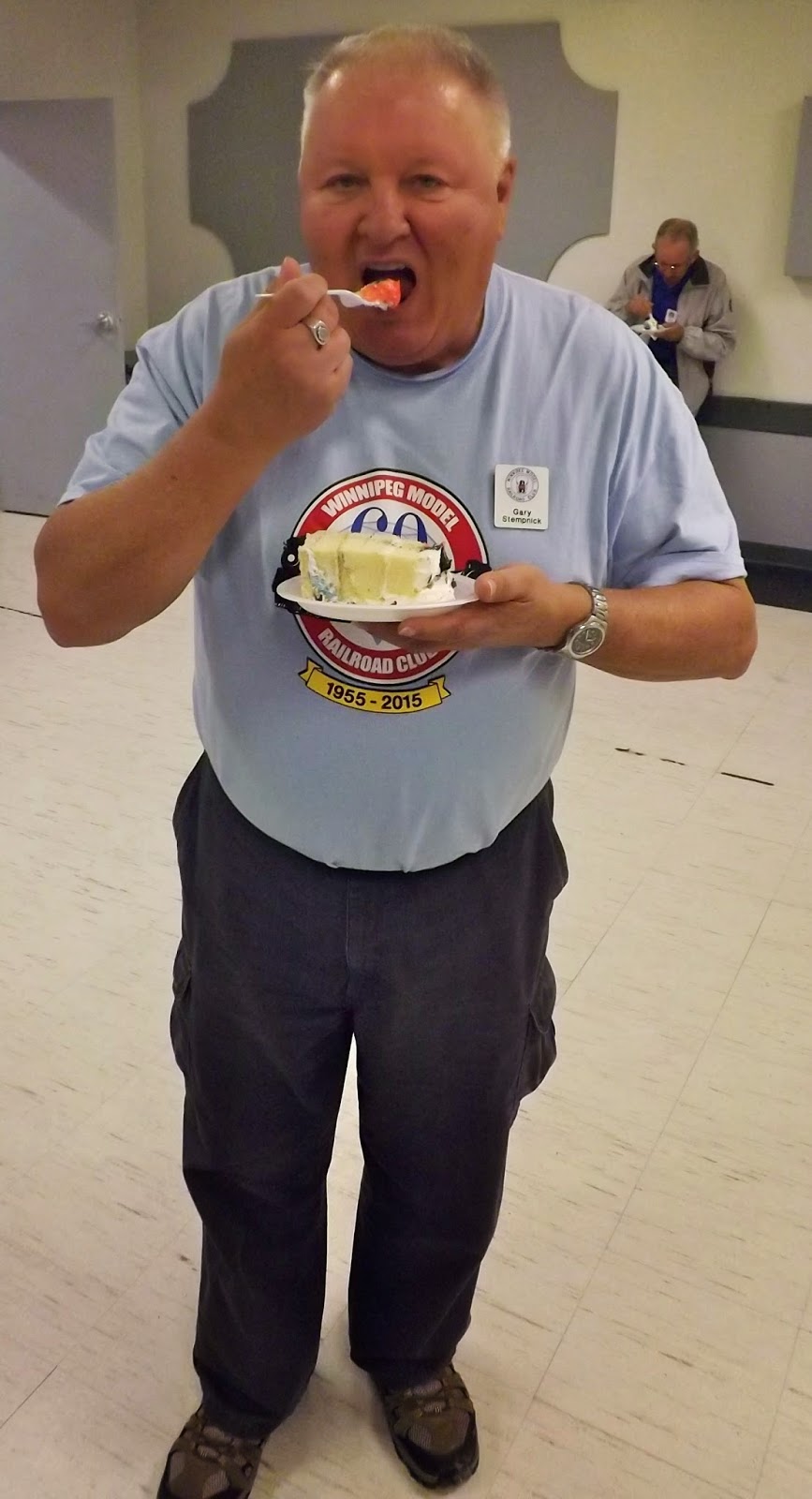 WMRC Junior member James South hams it up in front of the cake, while WMRC Treasurer Gary Stempnick enjoys one of the first slices. It was a Jeannie's cake, from Winnipeg's famous Jeannie's Bakery. It had that special Jeannie's cookie base, of course!

Wasn't that a party! Everyone had a great time celebrating the WMRC's 60's Anniversary at our last meeting. Besides the wonderful cake and the special guest appearance of our old mascot Duffy, we also were treated to a trip down memory lane with a presentation featuring vintage images from the club's rich history. It was great to see so many old faces again (which weren't so old when the photos were taken) and have the chance to relive some of the club's greatest moments of the past six decades! Here's to 60 more years of great model railroading and fellowship!


Posted by Paul Ullrich, WMRC Blog Editor at 7:58 AM