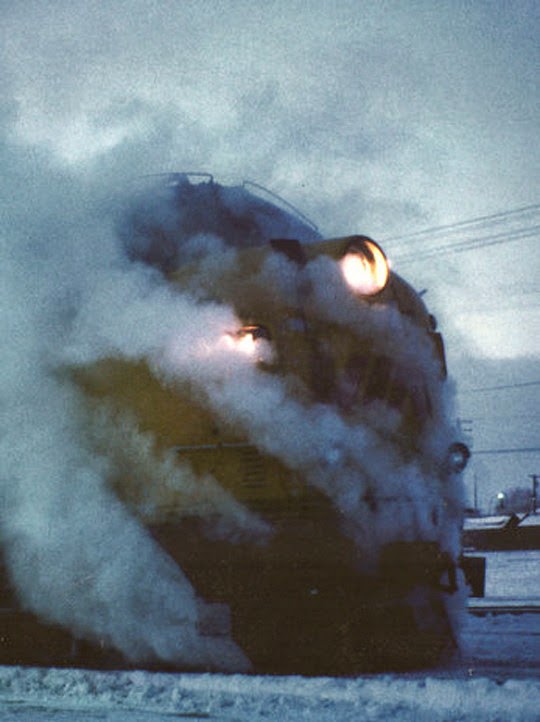 WMRC secretary Cliff Davidson sent in this beautiful photograph last month of a Via F-Unit in Portage La Prairie that he took in the 80's. Last month's theme was the cold, and it was -25C he took this picture!

Heads up, WMRC members! You only have a couple of days to meet the deadline for the March photo contest! Because of the short month of February, the deadline is midnight on Tuesday, March 3, so if you have a railroad photo that captures Lantern Editor Robert Weaver's theme of "Essence of Velocity" (think speed - zoom, zoom, zoom!) Send it to him by then!

The winner will get their image on the cover of The Lantern (the official publication of the WMRC). They will also receive a minimum cash prize of $15. But if we receive 10 entries or more, the prize money doubles to $30!