We have a backlog of images sent to us by our stalwart, award winning photographer Felix Lesiuk that we're going to run for the next few weeks. These photos were taken in March, but they're very striking, as seen above with this great shot of the snowplow with the pigeons in the foreground.

He also captured some unique images, such as the CP-BNSF lash-up and a rare blue former Illinois Central CN locomotive. Chasing VIA trains has always been his specialty, and he got some great shots this time around! Felix has won multiple awards for his photography work and was once the club's photo contest chair. 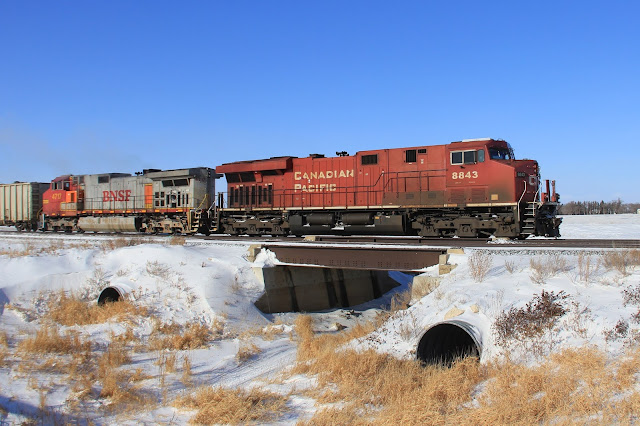 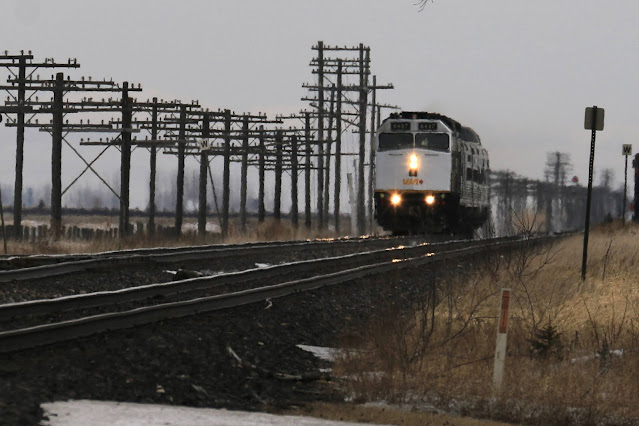 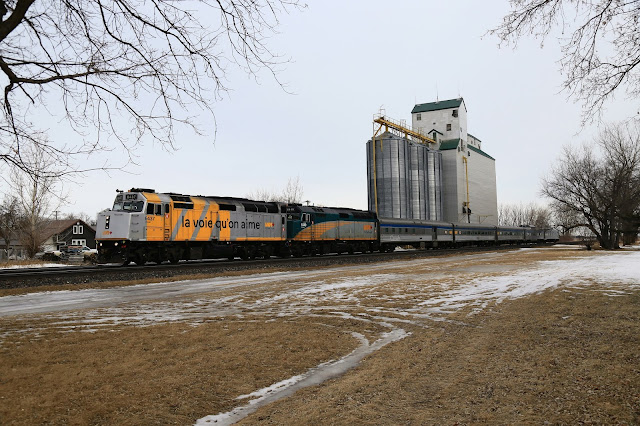 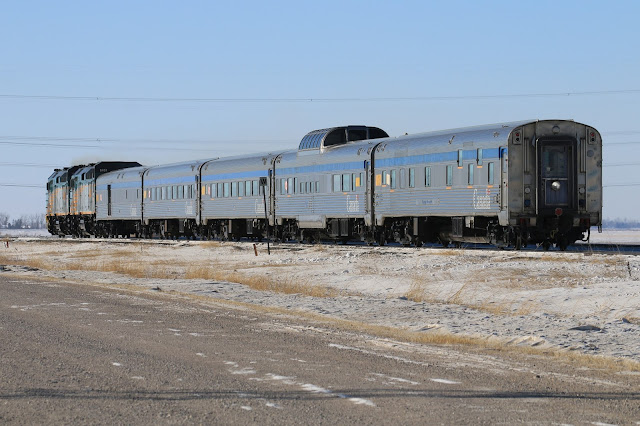