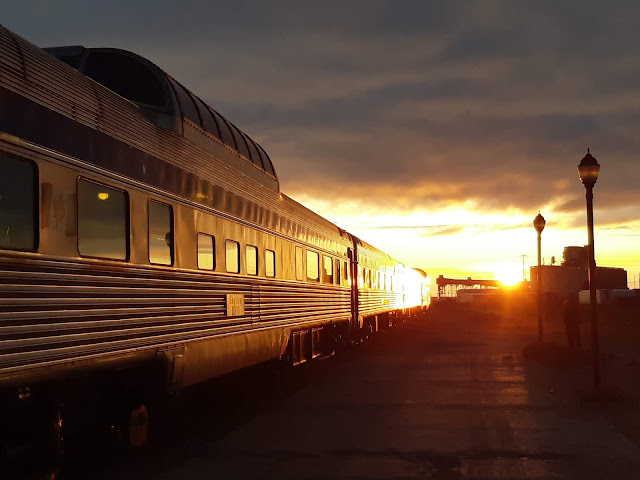 Our intrepid staff photographer and long time WMRC member Felix Lesiuk also has a gig as a tour guide for Rail Travel Tours. He sent us several images of his most recent rail excursion to Churchill, Manitoba in July of 2019. You're not going to see any whales or polar bears on this post, but we have plenty of trains!

Outside of some spectacular sunsets, he captured a rare glimpse in The Pas of Via Rail's service to Putakawagan, featuring an unusual paint job of their former CN Rail coaches. This is the only route where Via still uses CN passenger rolling stock.

Felix also used his cell phone to track the actual speed of the Churchill train as it crossed the barrens. It's barreling along at a breakneck speed of 14.4 MPH!

He also took images of several small bridges along the route. Note the condition of the track. There's a reason why the train is going so slow! 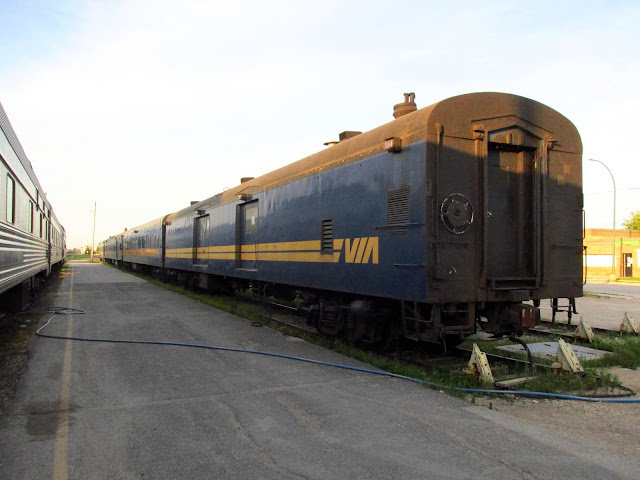 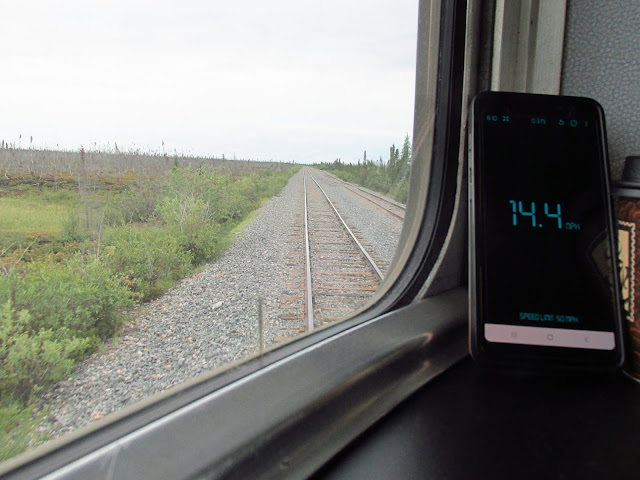 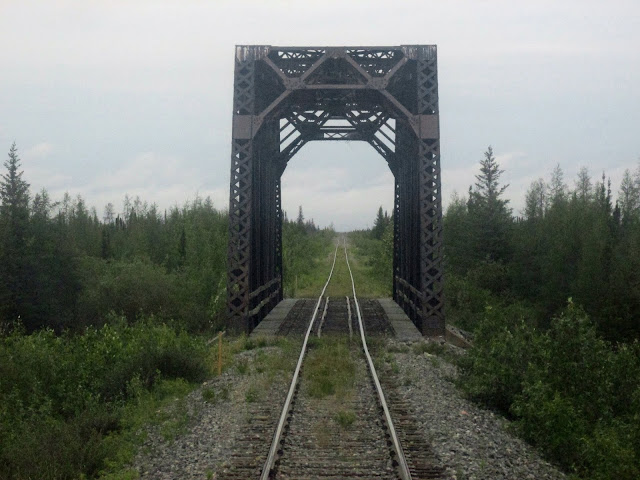 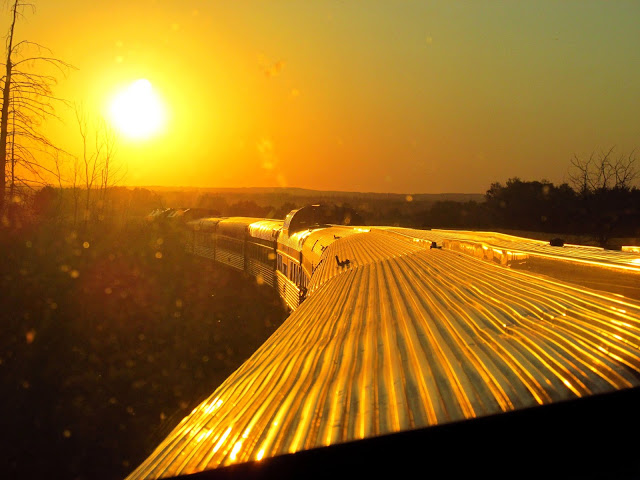 Posted by Paul Ullrich, WMRC Blog Editor at 11:33 AM