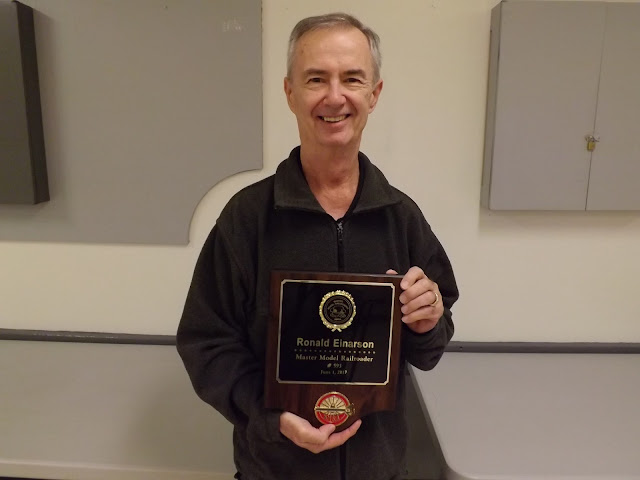 Long time WMRC member Ron Einarson received his Master Model Railroader (MMR) plaque a couple of days ago from the NMRA, just in time to show it to all of our members at our November meeting.

Ron, who has been a WMRC member since 1983, is just one of 593 model railroaders in the entire history of the NMRA who has received this coveted award. He stated at the meeting that he never would've been able to have been awarded the honor without the continued support and guidance from the Winnipeg Model Railroad Club. Way to go, Ron!
Posted by Paul Ullrich, WMRC Blog Editor at 8:37 AM