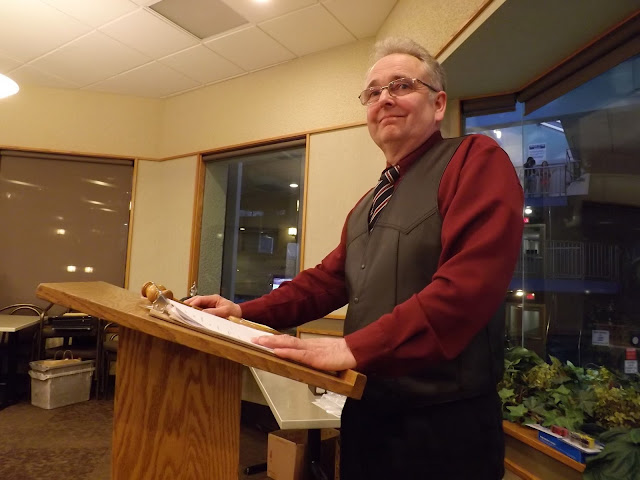 Godfrey South has been elected President of the WMRC. Godfrey is a relatively new member to the club, and to the country as well, as he and his family emigrated from England just a few years ago. Since he moved to Winnipeg, he and his family have been very enthusiastic members of the club!
His lovely wife Jean has taken over the duties of running the canteen, assisted by their wonderful children - Frances, Tommy and James. Their kids have help run the Kildonan Short Lines modular railway at our spring open house and at the Manitoba Mega Train Show. Tommy and James are enthusiastic modellers who have won prizes in the club's annual model contest competitions.
Posted by Paul Ullrich, WMRC Blog Editor at 7:00 AM