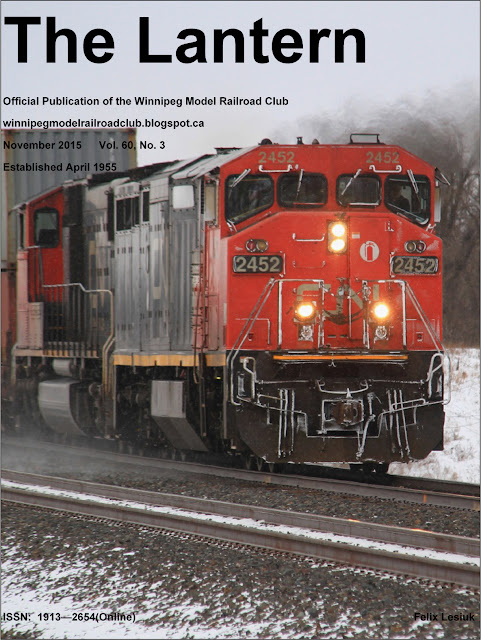 Long time WMRC member Felix Lesiuk has won the club's monthly photo contest. He was awarded a cash prize, and his winning entry was published on the cover of the November issue of The Lantern, the official publication of the WMRC.

The theme for November's competition was "Evidence that Jack Frost was seen working on one of the railways". Despite the unusually warm weather, our members dug into their image files and submitted six entries from previous winters. Felix took this image on February 9th, 2015 at the Norfolk Siding.

Next month's contest theme is "Railway graffiti nightmare", and there sure is enough of that going around to guarantee a good number of entries, cold weather notwithstanding! All submissions are due by December 1st at midnight.  Only the first photo received from each participant will be accepted as an entry, so make it a good one! Others that you choose to submit may be displayed in The Lantern but not  judged.

Please submit all entries to Lantern editor Robert Weaver at weaverflowers@gmail.com
Posted by Paul Ullrich, WMRC Blog Editor at 11:35 AM