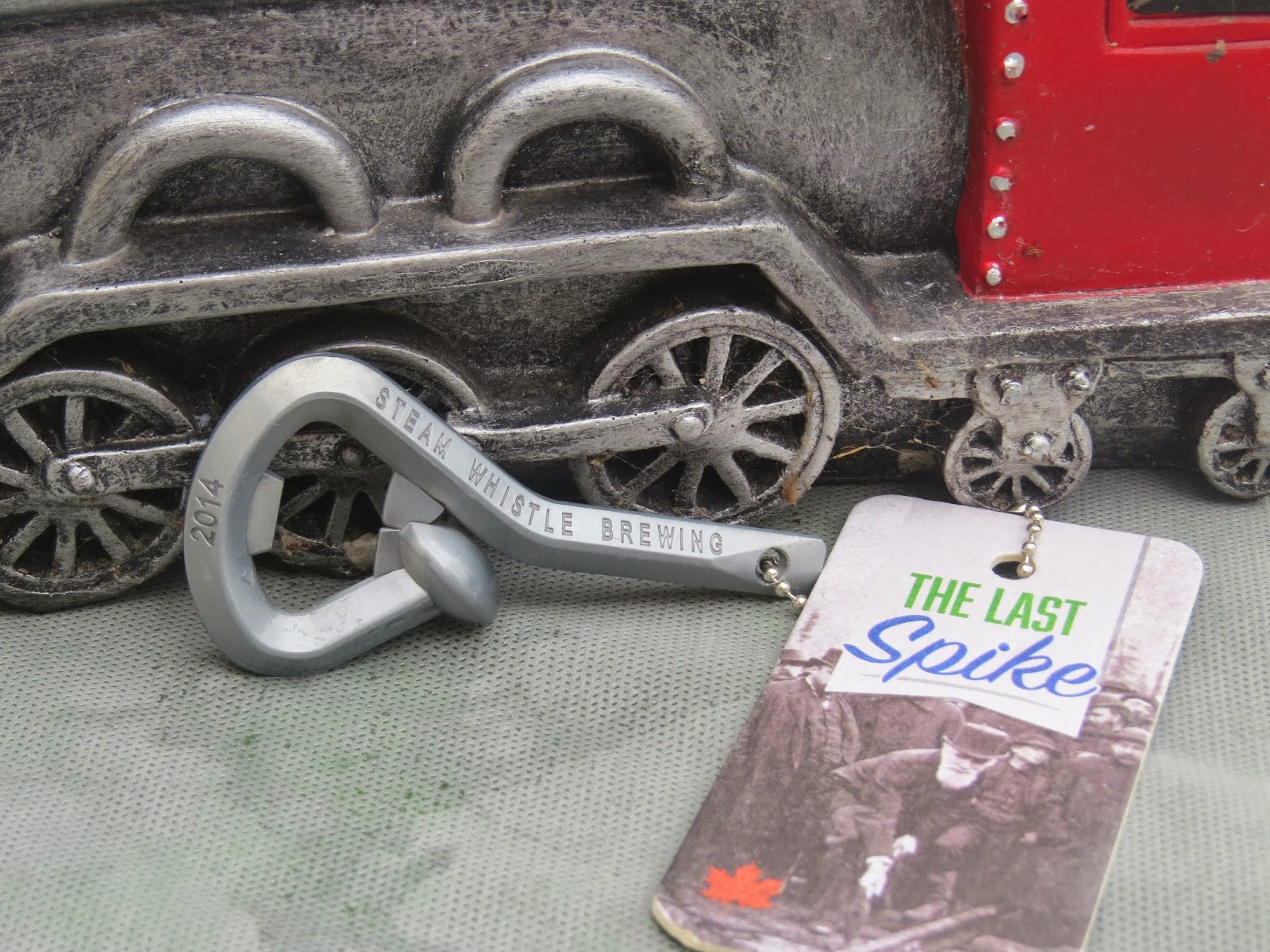 Steam Whistle Brewing is honouring Canada’s rail heritage with “The Last Spike”-inspired 10th anniversary in-case opener. It will be available in both six and twelve packs of Steam Whistle Pilsner  starting September 15.

“We wanted to do something special for our 10th year adding openers to our cases, so we went back to the brewery’s roots and explored the link to Canada’s rail history,” explained Greg Taylor, Co-founder of Steam Whistle Brewing. “The Last Spike is a symbol of unity and hard work and we cherish those values at Steam Whistle.”

Designed in the shape of a rail spike, the 2014 opener pays homage to “The Last Spike” of the Canadian Pacific Railway, driven at Craigellachie, B.C. on November 7, 1885.

For Steam Whistle, Canada’s rail story has special significance. The Brewery itself is located in the John Street Roundhouse just south of the CN Tower and Union Station. The Roundhouse opened in 1929 as a CP Rail repair facility.

“This is the tenth year we’ve included our retro openers in cases. Folks have shown us so much love and we look forward to rewarding them with this token of our appreciation,” said Cameron Heaps, fellow co-founder of the brewery. “We think we really hit the nail on the head with this one,” he joked.

Steam Whistle packages Premium Pilsner in non-twist bottles because of the superior seal that the bottle cap provides. While this non-twist bottle helps keep Steam Whistle Pilsner fresh, it might add some inconvenience to people who don't own a traditional bottle opener. To answer this need, Steam Whistle launched the free retro opener feature back in 2005 and has continued to release a new design each year. Learn more at: www.steamwhistle.ca/opener. 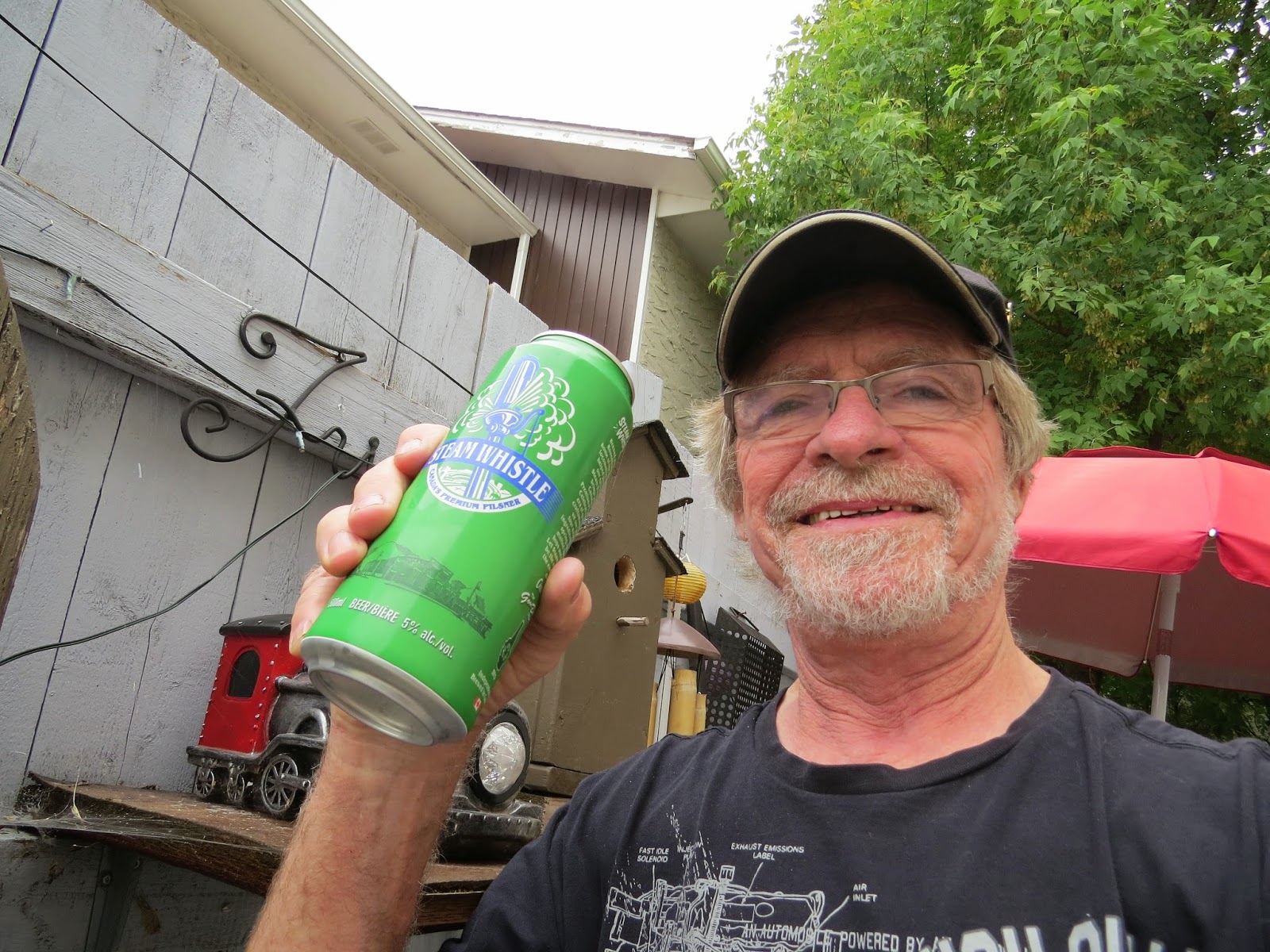 This distinguished gentleman enjoys a can of Steam Whistle beer, which was not opened by their new Last Spike promotional bottle opener.
Posted by Paul Ullrich, WMRC Blog Editor at 8:09 AM