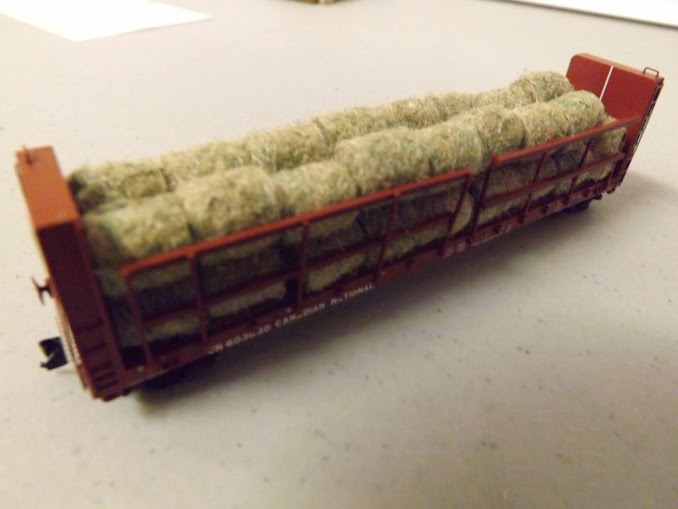 Since our October meeting was cancelled due to the social gathering restrictions of COVID-19, we will be featuring model displays this month from all of those who submitted during our September meeting. These submissions, which usually appear in The Lantern, the official publication of the Winnipeg Model Railroad Club, will appear on the WMRC blog site instead.

WMRC Treasurer John Bate brought a terrific model to September's display. He modeled an N scale shipment of bales, which were transported to Western Canada in the drought years by the federal government. The pickets were scratch built from Styrene, and  the bales were made out of jute twine and tape.

Next meeting scheduled for November 13 (maybe)

The WMRC's October meeting, which was supposed to take place on October 9, was cancelled due to the orange alert imposed which limits social gatherings to five persons. If it is not extended we will hold our next meeting on Friday, November 13.

The Gateway Western is open again

The Gateway Western ailway is open during Winnipeg Railway Museum hours, which are 10:00AM to 4:00PM every day. You must follow the social distancing rules that are in place. If you use any of the equipment it must be wiped down with an appropriate sanitizing solution after use. This als oapplies to anything you touch when you're inside the Gateway.