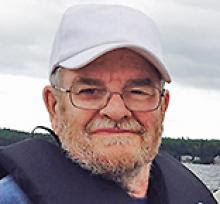 WMRC member Gord Stimpson passed away on November 21 at  St. Boniface Hospital in Winnipeg, MB, at the age of 83.  Gord grew up in Kelwood, Manitoba and later moved to Winnipeg where he met his wife Marlene. They had three children and five grandchildren.

Gord and his family moved to Brampton in 1963. They moved back to Winnipeg in 1974.  Besides being a model railroader, Gord was also an avid singer, carpenter, outdoorsman, gardener, a pickler of fruit and root vegetables, and a lover of tropical fish.