Christopher Robinson and John Bate submitted two entries for the WMRC's monthly model display this month. Christopher entered a Grand Trunk GP-38 that was originally his father's engine. He weathered it using several coats of acrylic paints. One technique he used was to apply a thick mix of medium grey paint on one side, letting it set for ten minutes, then running it under the tap with cold water.

He also installed a TCS T1 decoder, which required some cutting and filing on the inside of the shell and the chassis. He plans to install LEDs for headlights, front and rear.

John Bate submitted a N scale model of a company house (complete with an outhouse). This was a City Classics kit, which he also weathered. 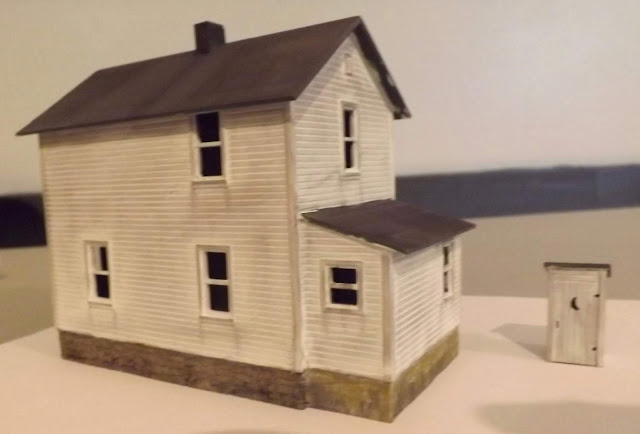 Posted by Paul Ullrich, WMRC Blog Editor at 8:15 AM