Brothers Tommy and James South are this winners of the WMRC's junior model railroader awards. Tommy won first place for his model of a weathered Frisco boxcar, which he built from a "shake a box" kit. He also included the club's 60th anniversary logo on the car.

James South won second place for his model of an Armour reefer, which he also built from a kit and included the WMRC 60th anniversary logo.Congratulations to both of two of our youngest members of our club for their sterling efforts in this year's modelling competitions! 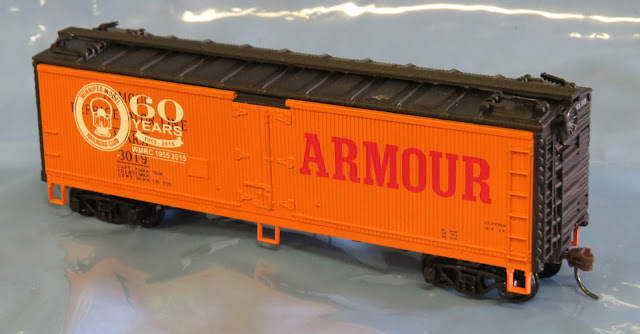 Posted by Paul Ullrich, WMRC Blog Editor at 6:48 AM