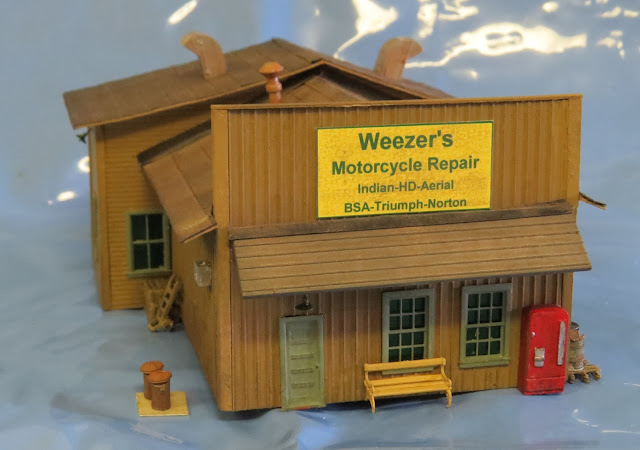 Long time WMRC member Ron Einarson won first place in the club's annual model contest in the structures category for his HO scale model of Weezer's Motorcycle repair shop. Ron is a highly skilled modeller who specializes in structures, and has won numerous awards for his work over the years.The structures category is where the work of our members really shine! 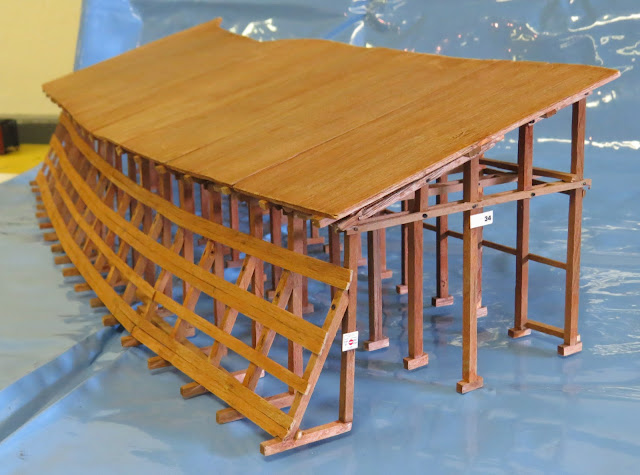 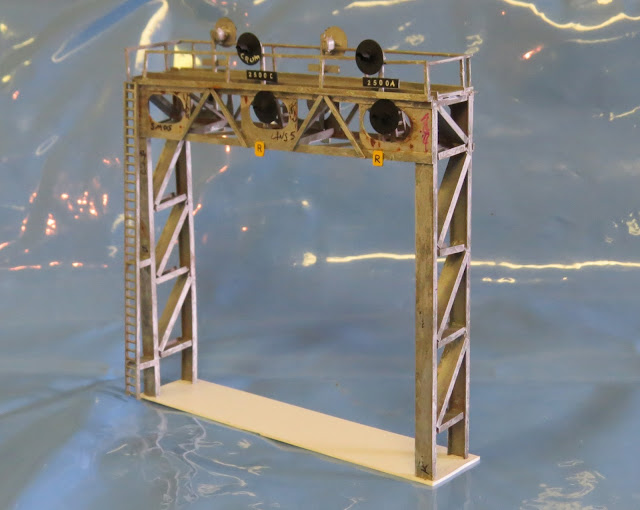 Aaron Woloshyn won third place in the model contest's structures category for his HO scale model of a signal gantry. Aaron is a highly skilled and prolific modeller who has won seven awards in this year's competition alone! 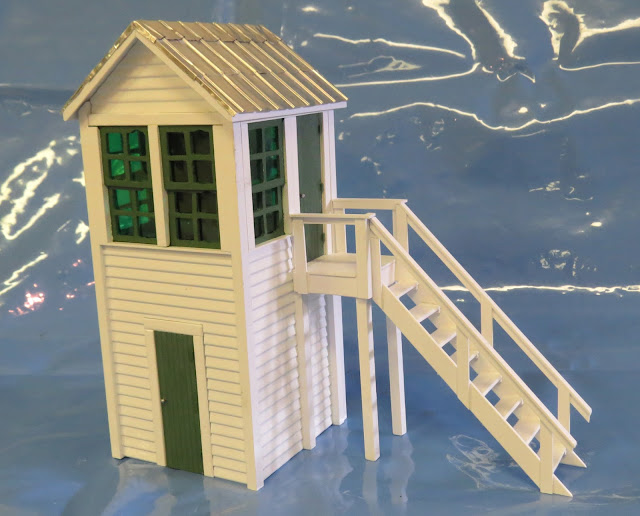 Gino Kost won honourable mention for his G scale model of a watchman's tower. Gino is no stranger to building structures, whether they're HO, G scale or prototype. He was the guy who coordinated the building of the structure that now houses the WMRC's Gateway Western HO scale railway in the Winnipeg Railway Museum!
Posted by Paul Ullrich, WMRC Blog Editor at 2:25 PM