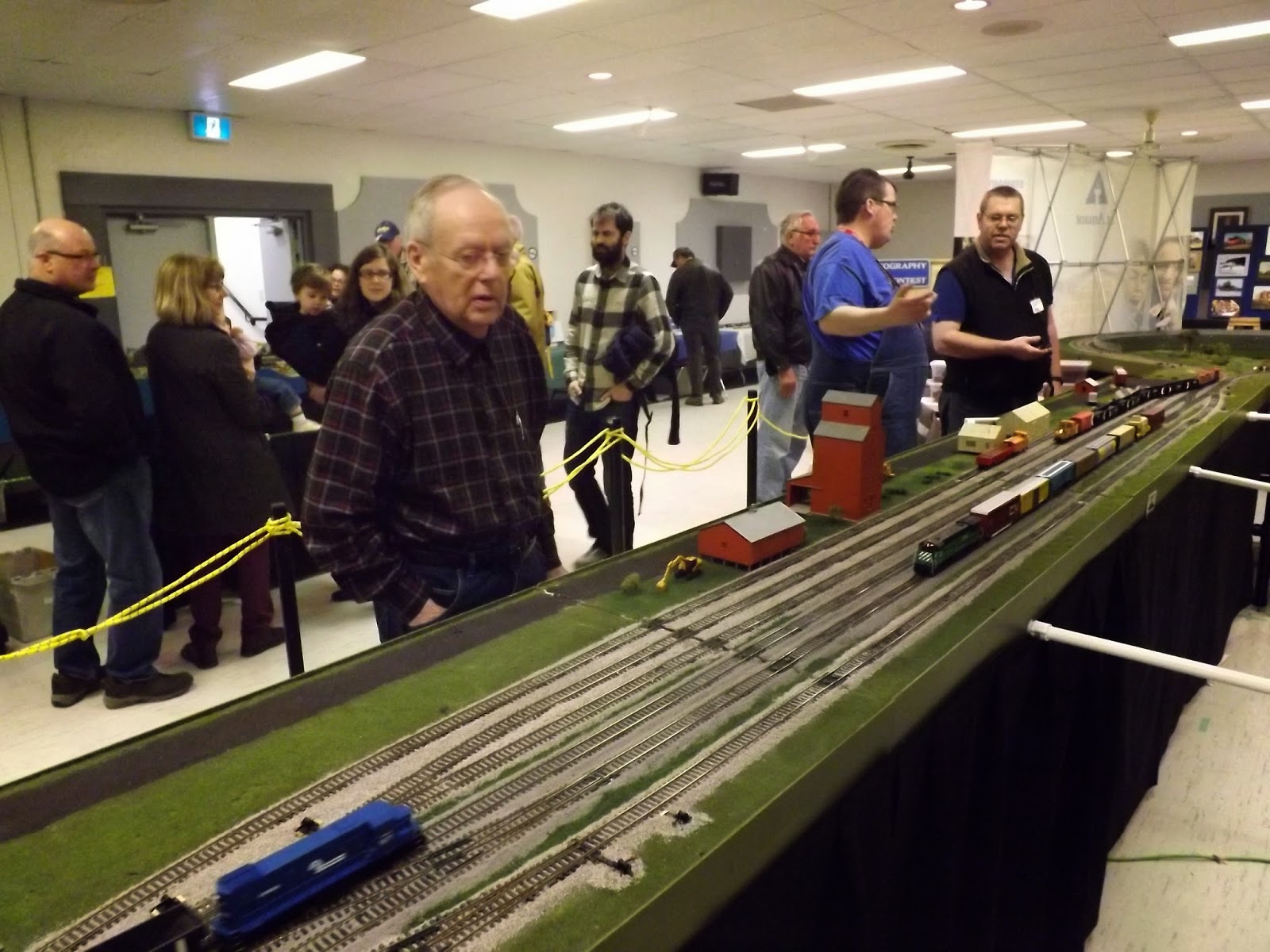 Long time WMRC member supervises the running of the trains of the No. 1 Northern Division's Free-Mo group at the WMRC's annual spring open house.

The WMRC would like to extend a very big THANK YOU  to everyone who attended our spring open house this weekend at the Charleswood Legion! We had a lot of very happy folks who love trains drop by. A lot of them stayed for hours, but that's okay - it's even encouraged!

There sure was plenty to see! All of the popular gauges, from Z to G were on display, and there was even a display of rolling stock from the Assiniboine Valley Railway! Two big modular railways - the No. 1 Northern Division's Free-Mo group and the Kildonan Short Lines were up and running at the show. There were also two N gauge layouts, the ever popular Lionel "giraffe car" layout, plus the displays of the WMRC model and photo contest winners. Our charity of choice, our good friends at St. Amant, were also there with a big display. 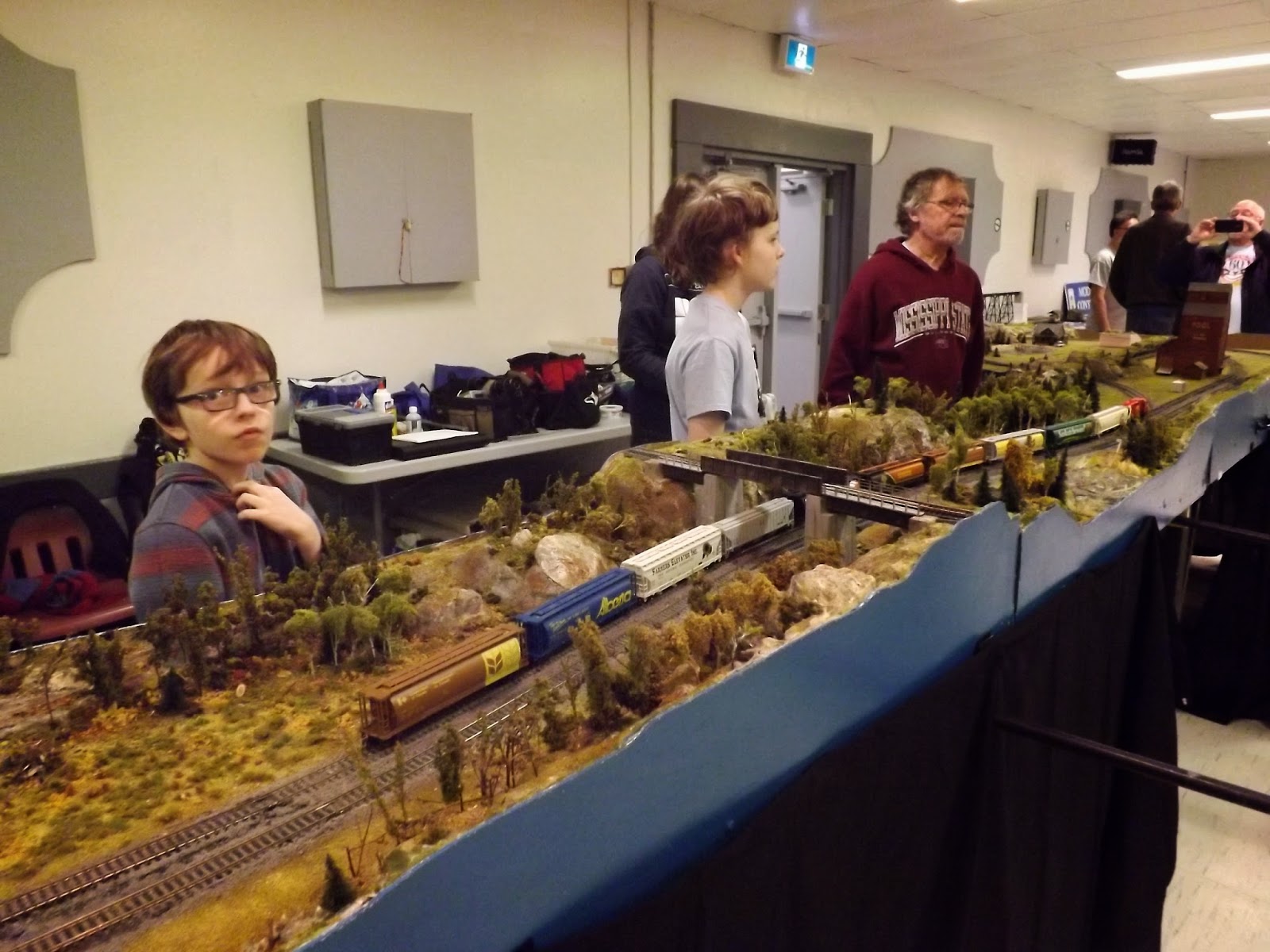 The good folks at the Kildonan Short Lines modular railway had lots of trains up and running! 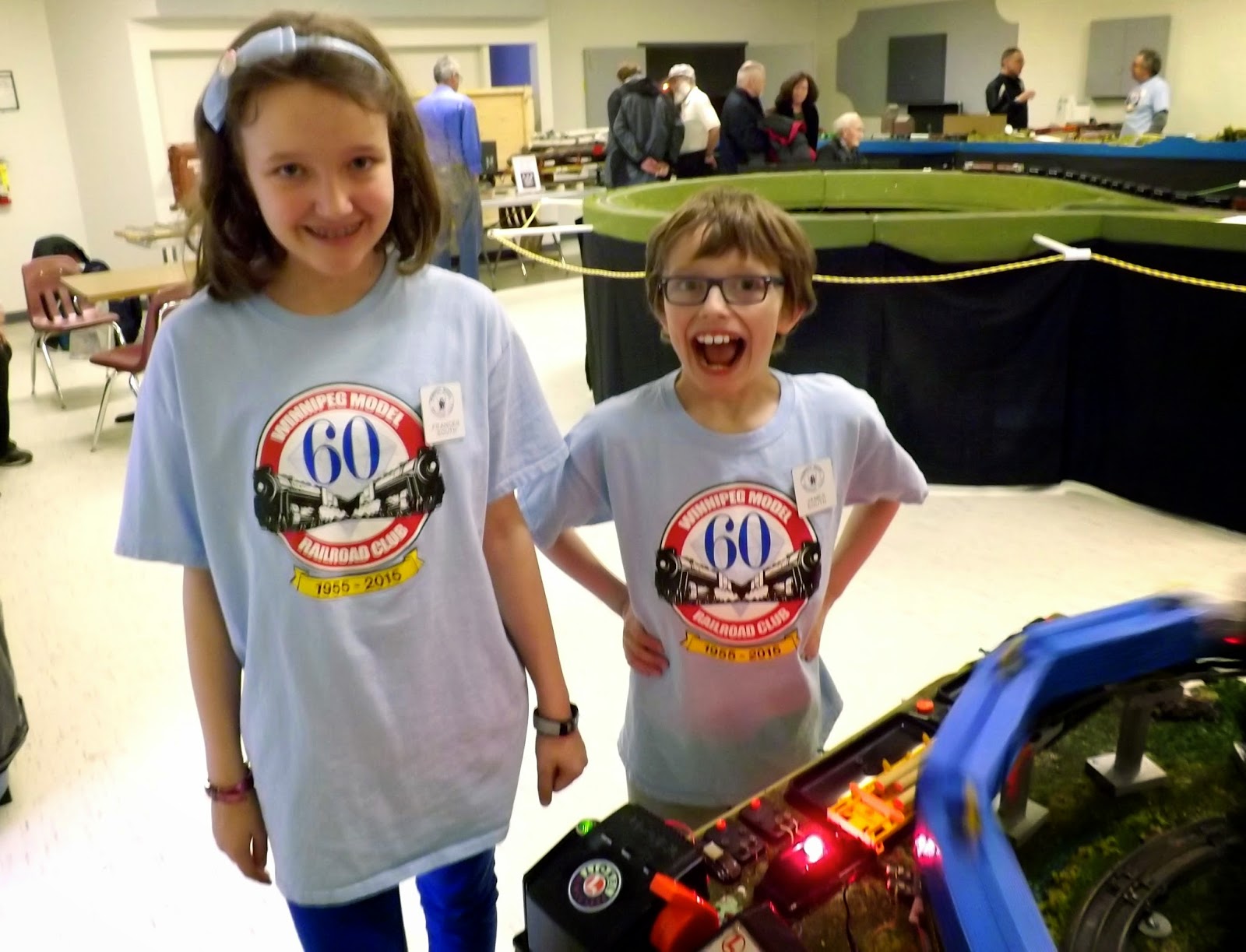 Frances South and her brother James were on hand to help volunteer with their mom running the canteen, and to help run the Lionel giraffe car layout!
Posted by Paul Ullrich, WMRC Blog Editor at 12:21 PM