The man with the Giraffe cars is coming to the WMRC's open house! 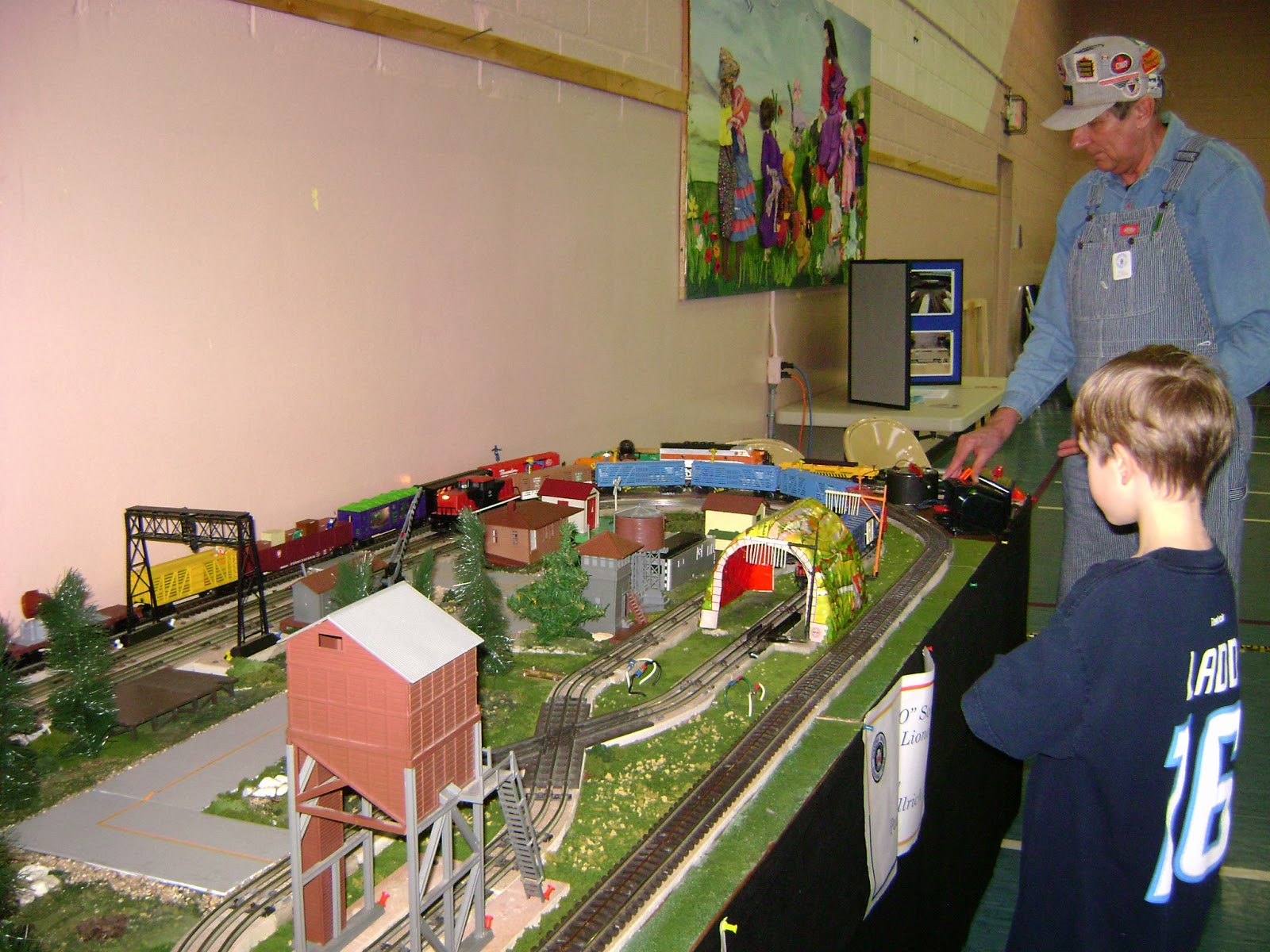 WMRC Blog Editor Paul Ullrich (also known as "the man with the giraffe cars") will again be exhibiting his portable Lionel layout at the club's open house this year. Paul has been displaying Lionel trains at the open houses since 1986, and he's made a total of seven different layouts for the show.

His layouts became more and more kid friendly after one open house, when club member John Longhurst asked him to watch is son while he made the rounds at the show. The kid didn't have anything to do, so Paul invited him to blow the whistle on one of his trains. The next thing he knew, he had a lineup of about a dozen kids waiting to do the same!

Paul's layout includes four operating dump cars that the kids can operate. It is the only layout in the show that is interactive. This surprises most of the parents, who often shoo away their children when they see them work the dump cars. Paul aways has to explain to the parents that operating the dump cars is not only allowed, but encouraged! (But for safety reasons, Paul is the only one allowed to run the trains)

The giraffe cars have always been a hit with children and adults alike. Paul started out with one, but through the years his long necked menagerie has grown to six cars! He's just added a car with a bobbing lion's head (but he keeps that lion at a safe distance from the giraffes).

The WMRC's open house will be held on Saturday, March 15 and Sunday, March16 at Westworth United Church, 1750 Grosvenor Avenue.  Times are from 11:00AM to 4:00 PM on Saturday, and from 1:00PM to 5:00 PM on Sunday. Admission is by donation. A portion of the proceeds from the show will go to support St.Amant.
Posted by Paul Ullrich, WMRC Blog Editor at 8:41 AM