A cartoon by Paul Ullrich 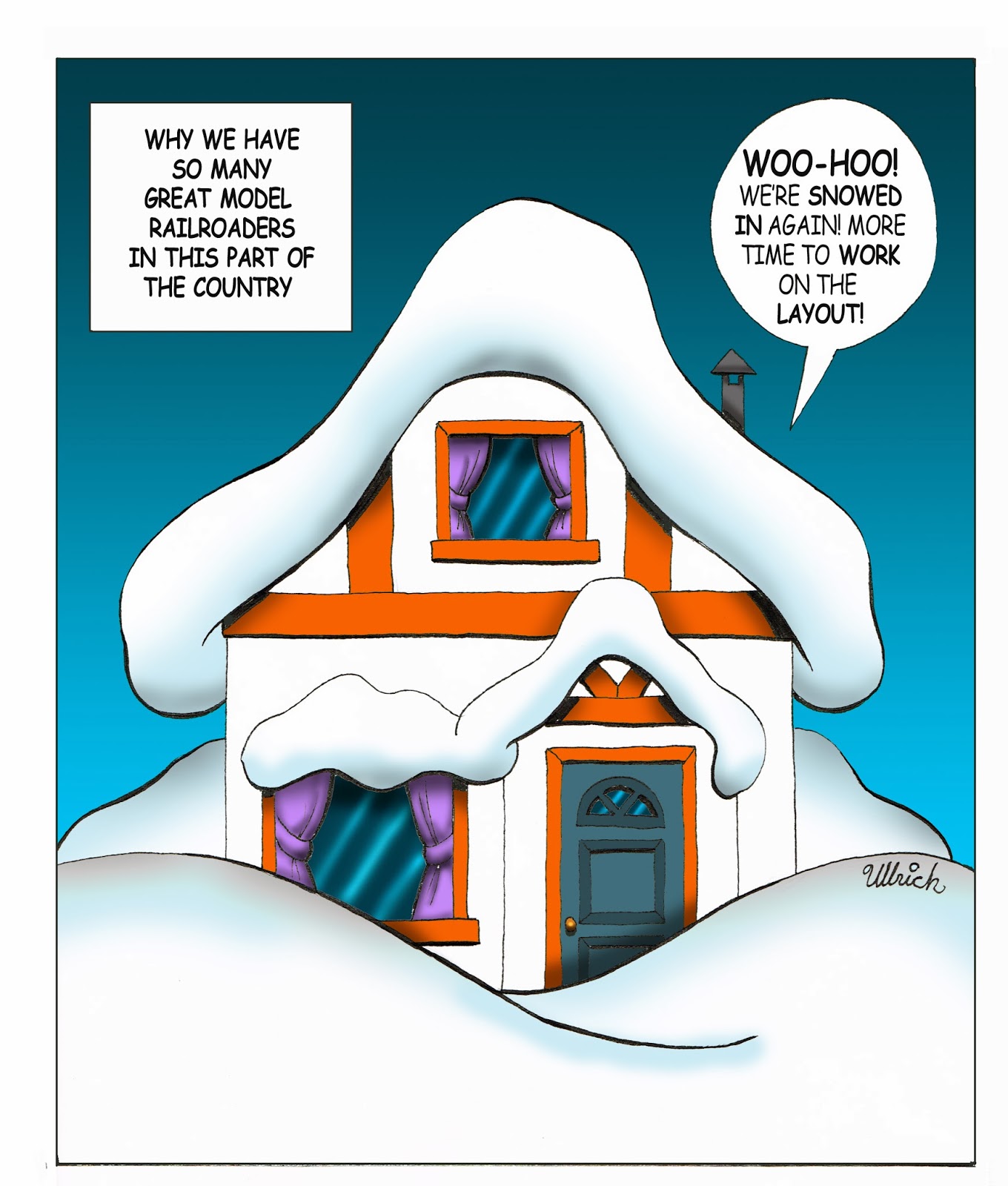 Every once in a while, WMRC blog editor Paul Ullrich contributes a cartoon to The Lantern, the official publication of the club, and to The Fusee, the official publication of the TLR. This cartoon has appeared in the February issue of The Lantern, and will also appear in the next issue of The Fusee (it's supposed to be the spring issue, but who are we kidding?).

This is definitely a seasonal cartoon, but all you have to do is look out the window, or even (gasp) dare to go outside to know that winter is far from over (and that seems to go for the whole continent).

There's a wind chill warning in effect in Winnipeg today. Water pipes are bursting all over the city. Everyone's yard is buried in three, four, and even five feet of snow! But it's a great time for model railroaders, so get down to the basement and get working on that model railroad project you've been putting off, because spring isn't happening yet!
Posted by Paul Ullrich, WMRC Blog Editor at 8:23 AM