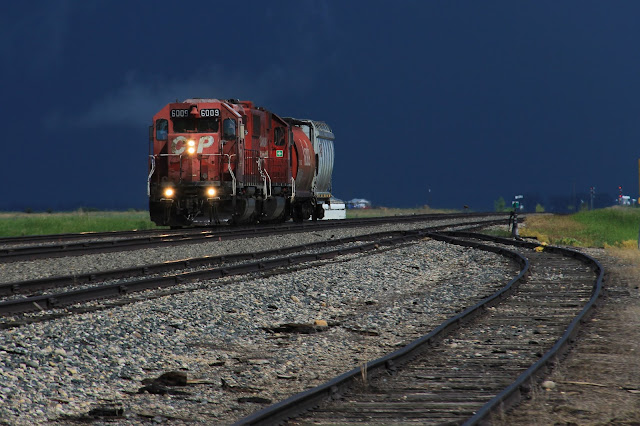 Our longstanding contributor Felix Lesiuk sent us some striking photos he took along the CP mainline along highway 221 near Rosser, Manitoba. Highway 221 has been a longtime favorite spot among Winnipeg rail fans, as it's close to the city and it hugs the CP mainline from the perimeter to Marquette, Manitoba.

These photos were taken as a storm was brewing, and we applaud Felix's courage in braving the weather to take them. He even captured a lightning bolt in one of them! 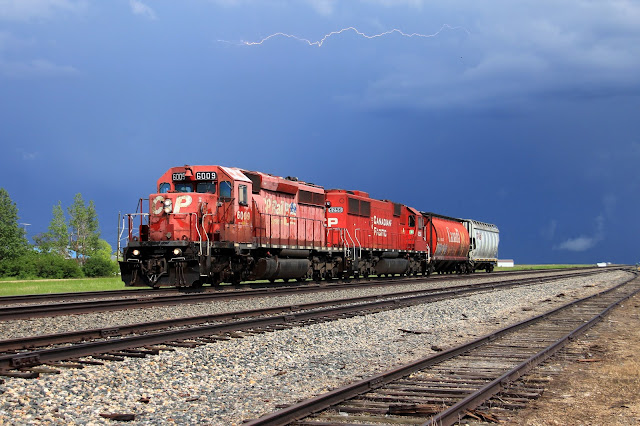 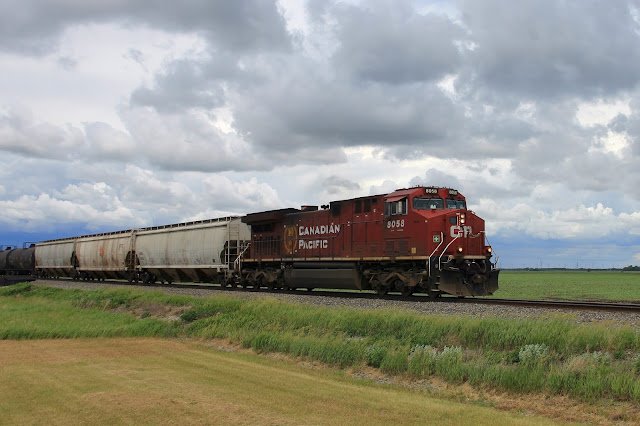