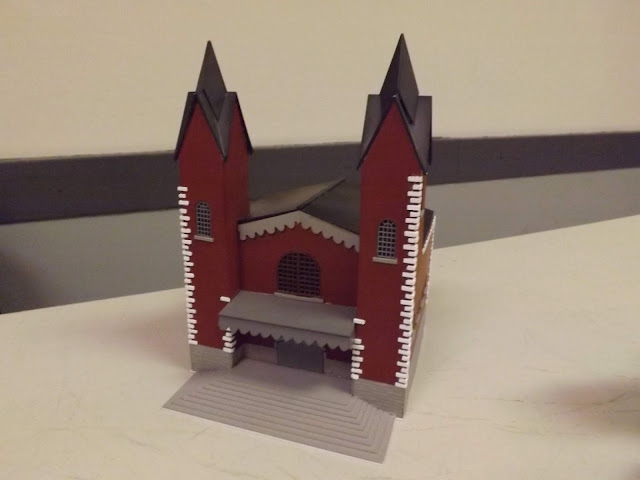 Richard Mikolayenko brought to the WMRC's November model display an N scale cathedral that he built from scratch. He observed many churches around the city and combined many elements from them. He cut the main wall and the copulas on the spires to a scale height of about four stories high. He installed several of the window with colored glass.

The brick trim was done by using a tool called a "nibbler", adding one N scale brick at a time. The only parts of the structure that were not scratch built were the windows and the doors.
Posted by Paul Ullrich, WMRC Blog Editor at 12:34 PM