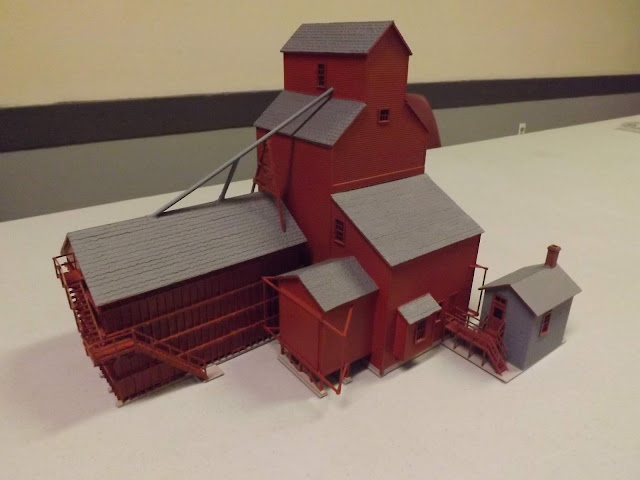 WMRC members Ian and Nathanial Paradis brought in their superb model of a wooden grain elevator to the club's October meeting. It is a freelance model, based on a typical prairie grain elevator, and was scratch built using Evergreen styrene sheets and strips. The windows and the doors are from Grandt Line.

It was made up of four component parts for ease of building and maintenance. The base is complete with ramps, the main elevator body, the office and the balloon annex.

The balloon annex was constructed using scale 2x6, 2x8 and 6x6 as was the prototype. Further details include bolts and plates used to reinforce the annex.

The model has been painted and clear coated to protect the undercoat. Decals and washes will be added later.