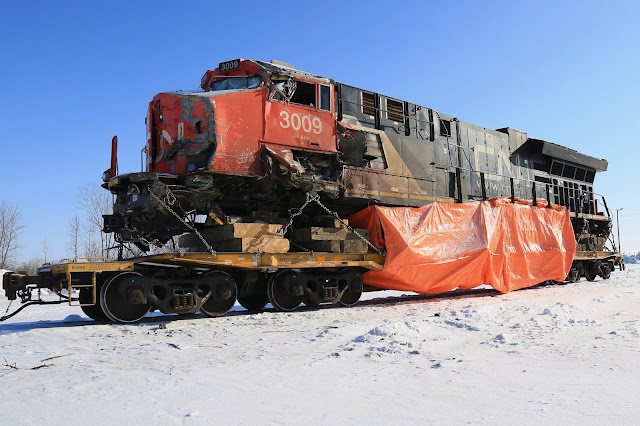 Our intrepid rail photographers Felix Lesiuk and Louis Lenz headed West for the first time in a month. Weather for rail fanning had been a bit sketchy lately, as it was either very cold, windy or unsafe to be on the highways and back roads. A decent day presented itself on February 22. Weather really cooperated and turned out to be a nice sunny day. They followed CP to Portage La Prairie but not much was happening along the line, but they did catch the local CP switcher working around Portage.

While in Portage they saw what they thought was one of the wrecked locomotives from Nattress sitting in the yard on a flatcar. They also saw that CN is busy getting ready for summer and is stockpiling a huge amount of concrete ties.

They headed west and got as far as Moffat, where they saw some unique patched lease units. CN traffic was fairly light, which might’ve been because their crews were working on the wreck at St. Lazare. They saw two semis with scrap oil tank cars heading towards Winnipeg along the Trans Canada highway. They caught a CN potash train in Portage as the sun set. 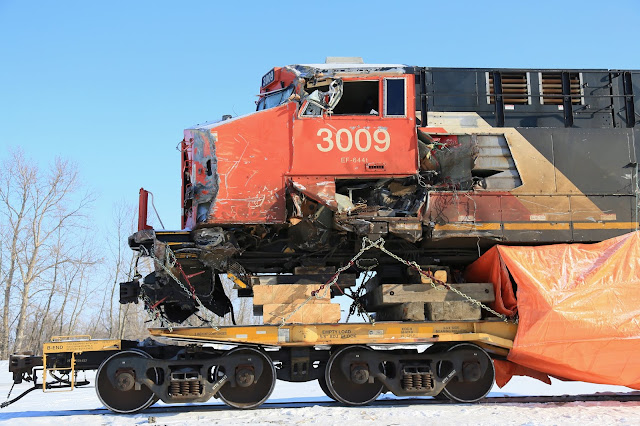 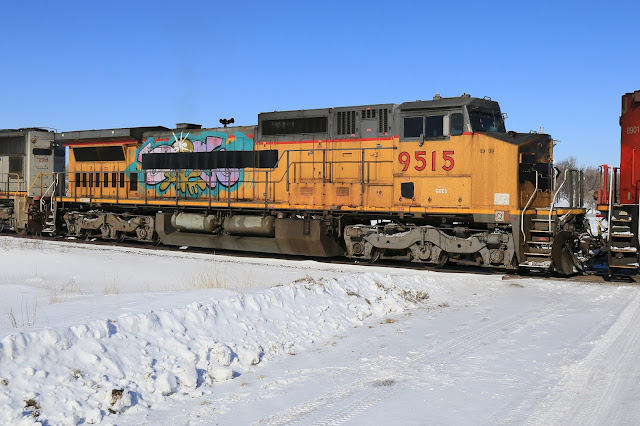 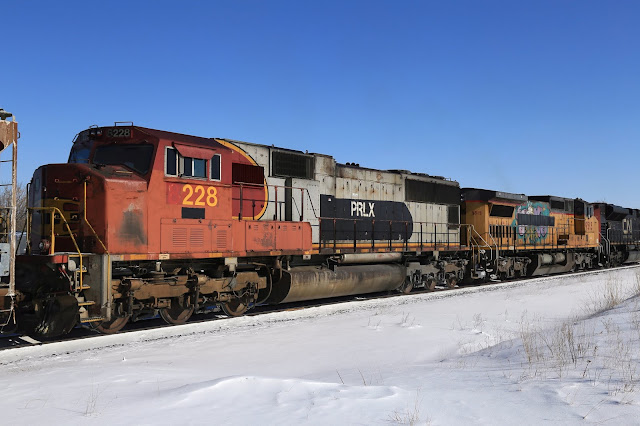 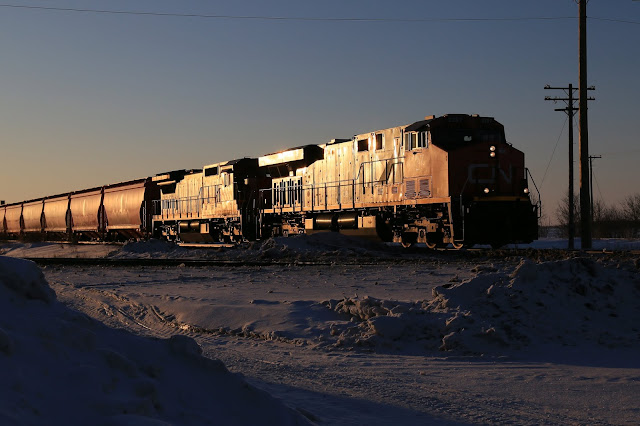 Posted by Paul Ullrich, WMRC Blog Editor at 11:12 AM